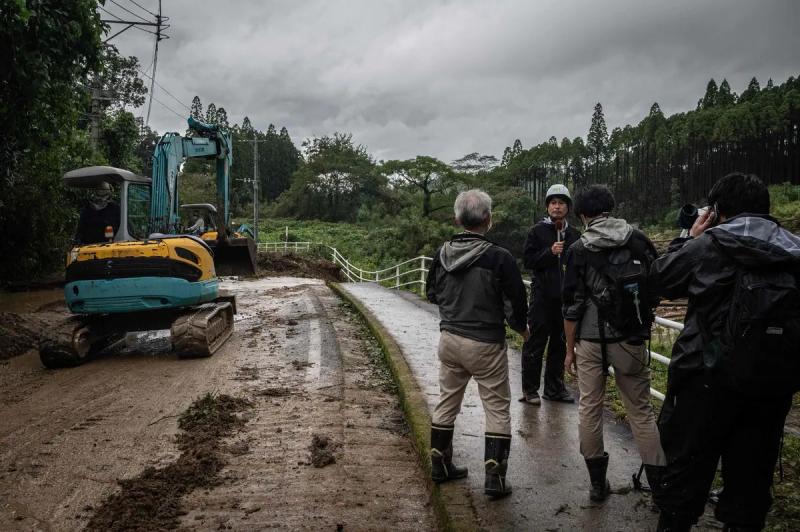 Tokyo | Two deaths have been confirmed and two others have been found “without vital signs” after typhoon Nanmadol hit Japan, which also injured more than 100 over the weekend, the government spokesman said on Tuesday. /strong>

The typhoon made landfall on Sunday evening near Kagoshima in the southwest of the country and brought strong winds and heavy rain to the big island of Kyushu before moving northeast along the coast of the Sea of ​​Japan.

Gradually losing speed, it was downgraded Tuesday morning to an extratropical cyclone.

But in Kyushu, the storm toppled trees, shattered windows, swelled rivers and dumped a month's worth of rain in 24 hours over parts of Miyazaki prefecture, where two deaths have been confirmed.

Government spokesman Hirozaku Matsuno said two more people were found “without vital signs”, a term used in Japan before a death was officially certified by a doctor.

The toll could rise further as authorities were checking to see if two other deaths were related to the typhoon and they were also looking for a missing person, Matsuno added.

In addition, the At least 114 people were injured, 14 of them seriously, the government spokesman said.

As of early Tuesday, around 140,000 homes were still without power across the country, mainly in Kyushu.

The typhoon season peaks from August to September in Japan, where it is marked by heavy rains that can cause sudden floods and deadly landslides.