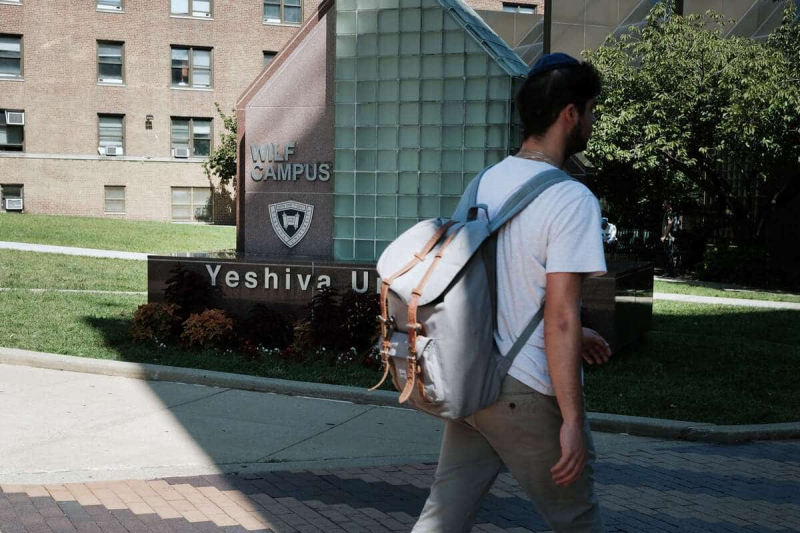 The United States Supreme Court on Wednesday reversed its ruling in favor of a Jewish university that refuses to grant student union status to a group of gay, bisexual and transgender youth.

Seized urgently, the high court had suspended on Friday the decision of a judge ordering Yeshiva University of New York to register the student club “Yeshiva Pride alliance” at the start of the 2022 school year.

It has ultimately ruled that the facility had failed to exhaust all available remedies at the state level and reversed its original judgment.

If the university does not win its case at this level, “it will be able to return to this Court”, she adds, however, suggesting that the legal tussle is far from over.

Four of its magistrates – out of nine – dissociated themselves from this decision. “The First Amendment guarantees the free exercise of one's religion and (…) prohibits the state from imposing its own reading of the Holy Scriptures”, argue these conservative judges. “It is our duty to protect the Constitution, even if it is controversial,” they continue.

The Yeshiva University, founded at the end of the 19th century “to promote the study of the Talmud”, welcomes around 5,000 students and offers degrees in subjects as varied as biology, psychology or accounting.

In 2018, LGBTQ (lesbian, gay, bisexual, transgender, and queer) students formed the YU Pride Alliance and sought to become a school-sanctioned association so that they could, among other things, organize conferences or meetings.

Faced with the refusal of the establishment, they had taken legal action. A New York judge had ruled in their favor in the name of a local law prohibiting discrimination.

University officials then turned to the Supreme Court. “As a deeply religious Jewish university, Yeshiva cannot comply with this order because it violates its sincere religious beliefs on the values ​​of the Torah to transmit to students,” she pleaded in her appeal.

This confrontation is part of a broad debate in the United States on the balance between respect for religious freedoms and the principles of non-discrimination.

Authorization of prayers on sports fields , to subsidize denominational schools or to display a Christian flag on a town hall: the Supreme Court, profoundly overhauled by former President Donald Trump, has rendered several decisions in recent months that lean in favor of religions.

< p>In June, she also revoked her decree guaranteeing the right to abortion, fought for nearly 50 years by the religious right.