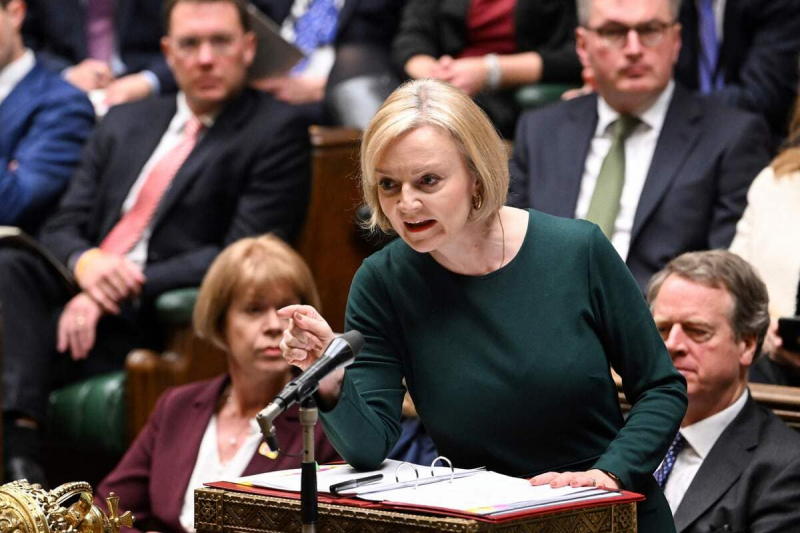 LONDON | Criticism of British Prime Minister Liz Truss is mounting within her own majority, with some Tory MPs calling on her to backtrack on her controversial budget announcements as her government scrambles to defend her.

In power for 37 days, Liz Truss seems increasingly at an impasse. The massive tax cuts she promised without clear funding sent markets into a panic and were greeted with skepticism and concern by part of her own camp.

“It was about making sure taxes were lower for 30 million people and those are very strong messages. I think we absolutely have to stick to it,” Foreign Minister James Cleverly defended Thursday on Sky News.

“All these measures are really essential for the growth objective presented by the Prime Minister he added.

On Wednesday, during the weekly session of questions to the Prime Minister, Ms. Truss ruled out cutting public spending to finance her controversial tax cuts, betting on growth to get the country out of the crisis.

This policy is far from unanimous among the Tories, some MPs urging Liz Truss to reconsider some of the elements of her “mini-budget” announced on September 23, in particular the promised cancellation of the tax hike on companies.

Former Secretary of State and Conservative MP David Davis notably denounced the “maximum mess” created by the “mini-budget” and suggested that certain tax cuts be reviewed.

“I don't know not really whether they (these MPs) are in the majority or not, but if they are the government will be in big trouble,” Paul Goodman, former MP and editor of ConservativeHome, a very popular site, told the BBC. influential among the British Tories.

According to him, internal divisions are such that some are already thinking of replacing the Prime Minister.

“All kinds names are mentioned,” he added, referring in particular to Rishi Sunak, the former rival of Liz Truss during the campaign for Downing Street, and even Boris Johnson, the prime minister whom she replaced last month.