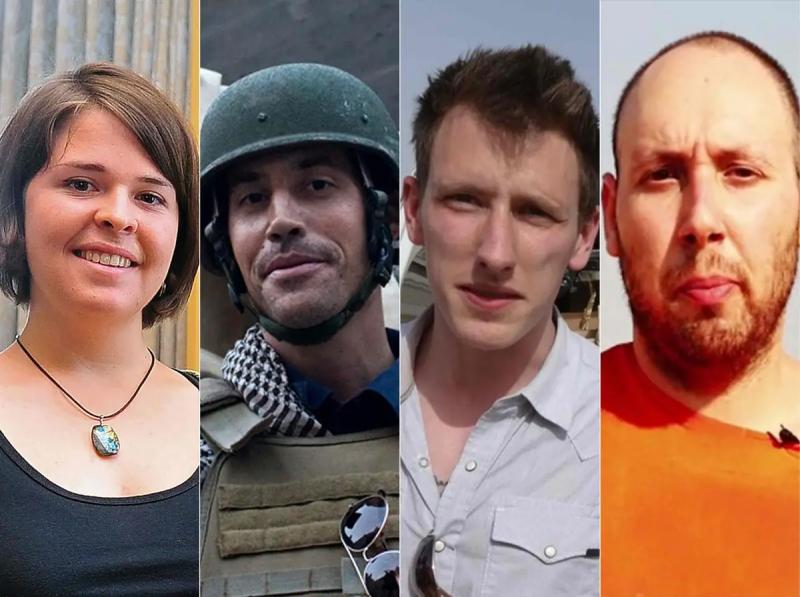 An alleged member of the Islamic State (IS) jihadist group's “Beatles”, a cell specializing in the capture, torture and execution of Western hostages, has been charged with several terrorist offenses after his arrest in the UK, police said on Thursday.

Arrested at London's Luton airport from Turkey, Aine Leslie Davis, 38, is due to appear in court at Westminster Magistrates Court in the morning, Scotland Yard said in a statement.

Arrested in Turkey in November 2015, he has since been imprisoned there for acts of terrorism.

The four members of the “Beatles”, so nicknamed because of their British accent, are accused of having kidnapped at least 27 journalists and aid workers from the US, UK, Europe, New Zealand, Russia and Japan.

They are also suspected of having tortured and killed, including by beheading, American journalists James Foley and Steven Sotloff, as well as humanitarian workers Peter Kassig and Kayla Mueller. ISIS had released propaganda videos showing their executions on social media.

Two of the 'Beatles', Alexanda Kotey (38) and El Shafee Elsheikh (34), former British nationals, have were arrested in January 2018 by a Kurdish militia in Syria and handed over to US forces in Iraq before being sent to the UK.

They were eventually extradited in 2020 to the United States, to Virginia, on charges of taking hostages, conspiring to kill American citizens, and supporting a foreign terrorist organization.

Mr. Kotey pleaded guilty to his involvement in those murders in September and was sentenced to life in prison in April. Mr. Elsheikh was convicted on all counts in April, and will be sentenced next week.

The Beatles' fourth executioner, Mohamed Emwazi, was killed by a US drone in Syria in 2015.

In 2014, Mr Davis's wife, Amal El-Wahabi, became the first person in the UK to be convicted of funding ISIS jihadists for attempted to send 20,000 euros ($26,000 Canadian) to her husband in Syria. During her trial, after which she was imprisoned for 28 months, Mr. Davis was portrayed as a drug trafficker before he left for Syria.