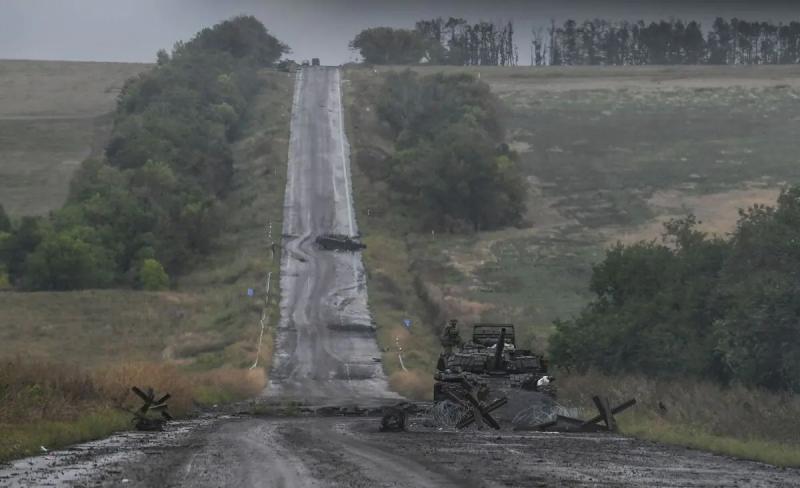 Some “four hundred and fifty graves” have been discovered near Izium, a town in the Kharkiv region in northeastern Ukraine, recently retaken from Russian forces, an adviser said on Friday. the Mykhaïlo Podoliak presidency.

“This is just one of the mass burial sites discovered near Izioum,” he wrote on Twitter. “For months, terror, violence, torture and mass murder reigned supreme in the occupied territories,” he added.

He called once again Ukraine's supporters to send it armaments, so as not to “leave people alone with evil”.

Ukraine has regained control of several thousand square kilometers of territory from Russian forces since the beginning of September, thanks to a counter-offensive launched on several fronts. The greatest gains have been made in the Kharkiv region bordering Russia.

Ukrainian President Volodymyr Zelensky visited Izium on Wednesday, a town of some 50,000 pre-war inhabitants that had been the subject of deadly fighting in the spring before being taken by the Russian army, which made it a knot supply strategy. It was taken over by the Ukrainian army last week.

Mr. Zelensky had announced Thursday evening the discovery of what he described as a “mass grave” in Izium, without giving details of the number of people buried or the causes of their deaths.

A regional police chief Serguii Botvinov told Sky News that some of the deceased were shot dead, while others died in shelling.

AFP journalists who visited Izium on September 12 saw a town devastated by the fighting with houses and public buildings destroyed and the remains of armored vehicles littering the roads.

Russian forces were accused by Ukraine of numerous abuses in the territories they occupy, in particular in Boutcha, a town on the outskirts of kyiv from which they withdrew at the end of March and where the corpses of executed civilians had been discovered.