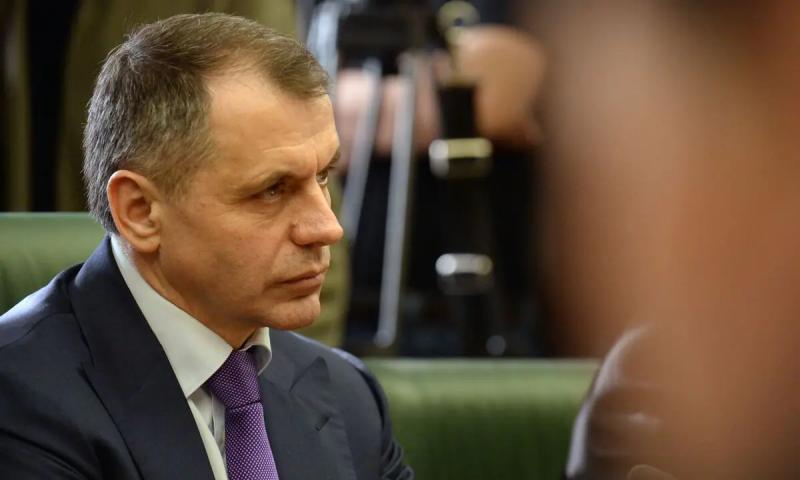 A car bomb started a large fire on the Crimean Bridge, key infrastructure and symbol of the annexation of the eponymous Ukrainian peninsula, the Russian National Anti-Terrorism Committee announced on Saturday, without immediately accusing Ukraine.

This bridge, built at great expense on the orders of Vladimir Putin, is used in particular to transport military equipment for the Russian army fighting in Ukraine.

“Today at 06:07 (03:07 GMT) on the road part of the Crimean bridge […] there was a car bomb explosion, which set fire to seven railway tanks that were going to Crimea The committee said, quoted by Russian agencies.

The Kremlin spokesman told the Ria Novosti news agency that Vladimir Putin had ordered the formation of a government commission to establish the facts.

According to the Anti-Terrorism Committee, two roadways are damaged, but the arch of the bridge is not affected.

The head of the Crimean assembly, the regional parliament installed by Russia, Vladimir Konstantinov denounced a coup by “Ukrainian vandals”.

If Ukraine is behind the fire and explosion on the Crimean Bridge, it would be a snub to Russia that such crucial infrastructure so far from the front could be damaged by Ukrainian forces.

Russia has had a series of military setbacks since the beginning of September, its troops being forced to retreat both in the northeast and in the south of the country, in particular the region of Kherson, bordering Crimea, and of which Putin claims the annexation.

The fire at the vast road and rail bridge linking Russian-annexed Ukrainian Crimea and Russian territory has forced rail and road traffic to a halt.

However, it is essential for the transport of people and goods to the peninsula, but also for the troops deployed in Ukraine.

Inaugurated in 2018, the bridge spans the Kerch Strait, became the symbol of the 2014 annexation.

Russia has always maintained that the bridge poses no risk despite the fighting in Ukraine, but it threatened Kyiv with reprisals if Ukrainian forces were to attack this or other infrastructure in Crimea. Ukrainian military operations, such as when the Djankoi military base was devastated in August by the explosion of an ammunition depot, causing an exodus of tourists from the region.

The Russian authorities have always very sparing in explanations concerning Djankoi and other similar incidents on arms depots elsewhere in Russia but close to the Ukrainian border.

At Djankoi, Russia had finally admitted that it it was “sabotage”, and the Russian army e admitted weeks later his responsibility.