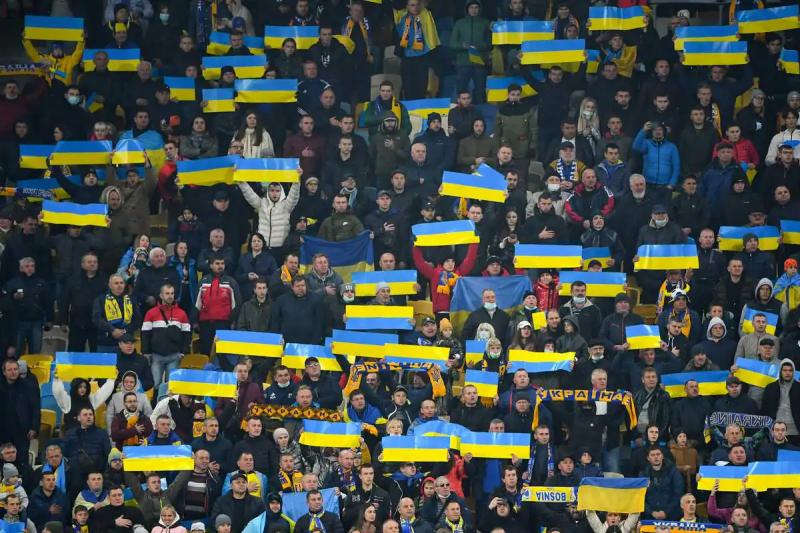 The Ukrainian first division football match between Rukh Lviv and Metalist Kharkiv, which took place on Wednesday in Lviv, lasted 4:27 instead of 90 minutes, excluding half-time and possible stoppage time, because of several air alerts.

Interrupted three times by the alarm sirens, the meeting which had started at 3 p.m. ends at 7:27 p.m. The two teams spent a total of 145 minutes in dugout, with no strikes detected in the area.

The city of Lviv, located in western Ukraine and home to many refugees since the beginning of Russian invasion on February 24, has suffered heavy air attacks in recent months.

Rukh Lviv players who wait during the bombing alert on the region.
The match was interrupted in the 44th minute with the score of 1-1.

Ukraine celebrated Independence Day, which commemorates its separation from the USSR in 1991, Wednesday, six months to the day after the start of the conflict.

The Ukrainian championship resumed behind closed doors on Tuesday, and it was the Metalist who won 2-1 on Wednesday at the outside.