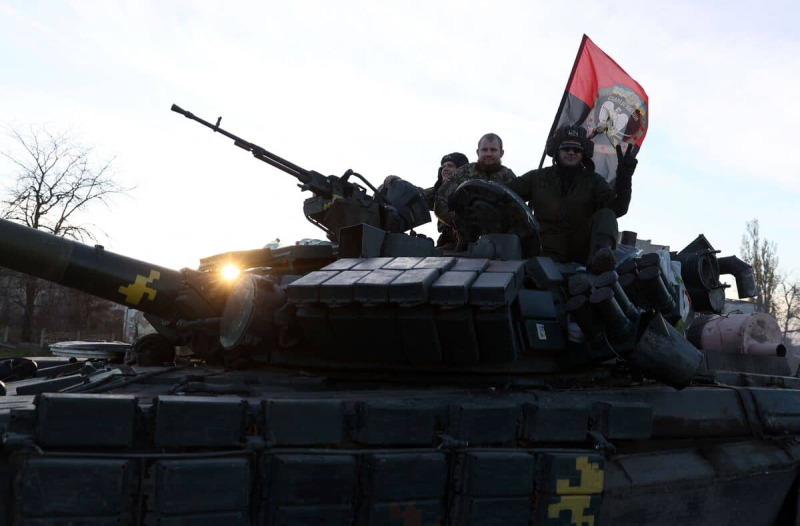 Kyiv on Tuesday accused Moscow of sending African detainees held in Russia to the front in Ukraine, after a Zambian student died in combat while serving a sentence in a prison near Moscow.

“Putin is sending African citizens imprisoned in Russia to the war in Ukraine”, denounced on Twitter the spokesman for Ukrainian diplomacy, Oleg Nikolenko.

< p>On Monday, Zambia announced the death of one of its fellow citizens, Lemekhani Nathan Nyirenda, “who died on September 22, 2022 in Ukraine”, while he was supposed to be imprisoned in Russia.

Zambia said it had asked Russia for an explanation “about the circumstances under which a Zambian citizen, who is serving a prison sentence in Moscow, could have been recruited to fight in Ukraine and lost his life”.

In a statement released on Tuesday, Russian diplomacy said it was “examining” the “circumstances” of the death of this 23-year-old Zambian student.

“Africans should not die for Putin's unhealthy imperial ambitions,” Nikolenko said on Tuesday. Ukraine to send thousands of fighters recruited directly from Russian prisons to the front lines, against the promise of a large salary and a reduced sentence.

Lemekhani Nathan Nyirenda had been found guilty of 'breaking Russian law in April 2020, according to the Zambian government, which did not give further details on Monday.

The nuclear engineering student had been sentenced to nine years and six months in prison. imprisonment. He was serving his sentence in a medium-security prison on the outskirts of Moscow.

Many prisoners of war captured by Russian and Ukrainian forces in connection with the conflict in Ukraine are subjected to torture and mistreatment. treatments, including electric shocks, the UN warned on Tuesday.