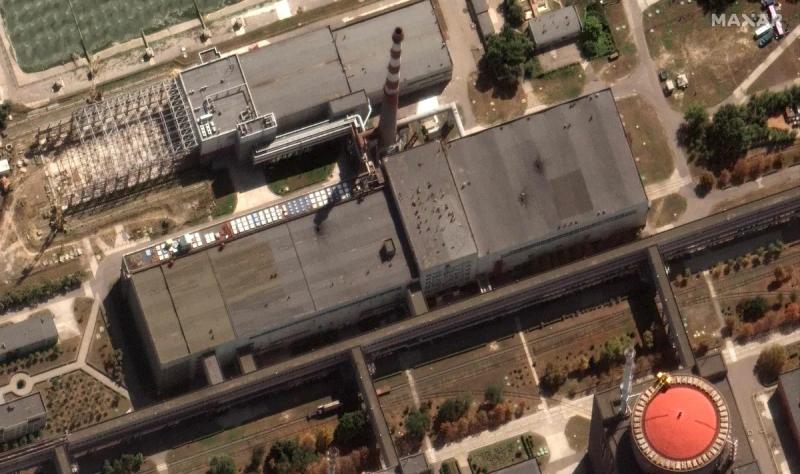 During a telephone conversation between the two men, “President Erdogan said that Turkey can play a facilitating role on the Zaporizhia nuclear power plant, as it has done for the grain agreement” in July, the Turkish presidency said in a statement.

The Kremlin has confirmed a discussion between MM. Putin and Erdogan, indicating that the two leaders had confirmed “their intention to increase their economic and commercial ties”, in particular via “joint strategic projects in the field of energy”.

The press release from the Turkish presidency does not specify whether Ankara has also formally offered its mediation to Ukraine.

Turkey intends to submit a proposal providing, as it did for the grain agreement, for the creation in Istanbul of an office dedicated to dialogue between international organisations, Russia and Ukraine to find a point of agreement on the issue of technical control and inspections of the plant.

Turkey maintains good relations with both Moscow and Kyiv. If Ankara provided Ukraine with military drones, it refused to join the Western sanctions decreed against Russia after the invasion of Ukraine.

In July, an agreement between Russia and Ukraine obtained following Turkish mediation allowed the resumption of Ukrainian wheat exports hampered by the maritime blockade imposed by Moscow in Kyiv in the Black Sea.

The situation of the Zaporizhia power station (south), the largest in Europe, which fell into the hands of Russian troops in March, shortly after Moscow launched its invasion of Ukraine, worries many international leaders.

The two belligerents accuse each other of having carried out the bombings which targeted its site, and of risking triggering a nuclear catastrophe.

In its daily update on operations in Ukraine, the Russian Ministry of Defense said on Saturday that Moscow troops had “repelled” an attempted amphibious assault by Ukrainian forces the day before, which he said “again tried to seize” the plant.

On Friday, Kyiv said it had hit a Russian base in Energodar, a town near the plant, from where it accuses Russia of having withdrawn its weapons before its inspection on Thursday by a team from the International Atomic Energy Agency ( IAEA).

During a meeting in Lviv (western Ukraine) with Ukrainian President Volodymyr Zelensky , Mr. Erdogan was worried on August 19 of a possible nuclear disaster in the event of damage to these installations. “We don't want another Chernobyl,” he said, referring to the 1986 nuclear accident in Ukraine.

Thursday, after having inspected Zaporijjia with a team from his organization, the director of the IAEA, Rafael Grossi, said he had found that the “physical integrity” of the plant had been “violated on several occasions”. It is “something that cannot continue to happen,” he added, without naming the responsible party.

On the equally thorny issue of gas, after the announcement on Friday evening by the Russian group Gazprom of the extension of the suspension of its exports to Europe via the Nord Stream gas pipeline, the European Union affirmed on Saturday to be ready to withstand a complete Russian gas cut.

“We are well prepared to resist the extreme use of the gas weapon by Russia”, says the European Commissioner for the Economy Paolo Gentiloni.

“We are not afraid of Putin's decisions, we ask the Russians to respect the contracts, but if they don't, we are ready to react,” he said. -it underlined.

According to Gazprom, Nord Stream, which connects Russia to northern Germany and was to resume service this Saturday after a three-day interruption for maintenance operations, must finally be “completely” stopped until the repair of a turbine. The Russian group has not specified a date for the resumption of its deliveries through this channel.

Gazprom's announcement came after the decision announced on Friday by the G7 countries to target the energy windfall of Russia by agreeing to cap the price of its oil.

On Friday, the President of the European Commission Ursula von der Leyen had estimated that “it would be time” to put in place a cap on the price of gas imported by pipeline from Russia, thus supporting a measure advocated by Italian Prime Minister Mario Draghi.

In the European Union, gas stocks are currently replenished “at around 80%, “thanks to the diversification” of suppliers, even if the situation differs from one country to another, indicated Mr. Gentiloni.