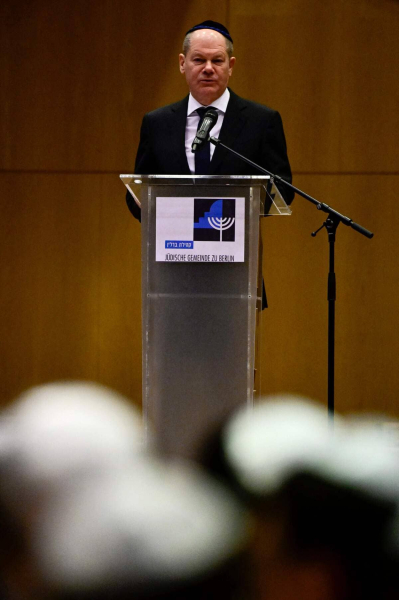 German Chancellor Olaf Scholz was under pressure from members of his coalition on Thursday to give the go-ahead to send tanks to Ukraine, after France announced the delivery of tanks from light fights.

“The argument constantly put forward by the chancellery that Germany should not go it alone is absolutely over,” the chairman of the Defense Committee at the Bundestag, Marie-Agnes Strack-Zimmermann, an executive, told AFP. of the liberal FDP party, a member of the German Chancellor's coalition.

Ukraine's European allies have delivered Soviet-designed tanks before, but never yet Western-built ones, despite repeated requests from kyiv.

“Once again, the France assumes the role that was expected of Germany and itself takes the lead,” lamented Ms. Strack-Zimmermann, for whom “the ball is now in Berlin's court”.

< p>Ukraine must “win to also defend our freedom and our values ​​- and this can only be done with the support of tanks”, she hammered.

Alexander Graf-Lambsdorff, a diplomat also a member of the FDP and possible next German ambassador to Moscow, for his part said he expected Thursday morning that the subject would be discussed within the coalition.

The German government has so far always refused to deliver tanks on the pretext that such a measure should be decided in consultation with the Western allies and that Germany and NATO should not be directly involved in the war between Russia and Ukraine.

Chancellor Scholz's social-democratic party SPD is itself opposed to such deliveries, unlike its liberal and environmentalist partners.&nbsp ;

“We, the German government and the German chancellor, are always in close consultation with our partners and friends, in particular with the Americans”, explained Thursday morning on the NTV channel Saskia Esken, one of the leaders of the SPD, stressing that Berlin had “supported Ukraine from the beginning by supplying it with weapons”.

“We will continue to do so as long as necessary, depending on developments and military needs”, she assured.

This debate comes at a time when the Minister of Defense, Christine Lambrecht (SPD), is weakened by a video of wishes deemed failed in which she says in particular thank you for all the “encounters” that the conflict in Ukraine has allowed her to make.& nbsp;