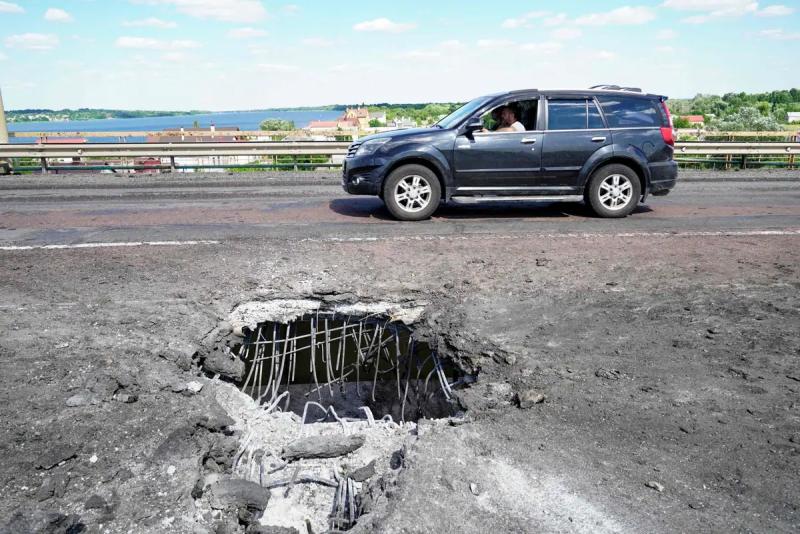 Ukrainian forces again struck an important bridge in Kherson, a city in the south of the country occupied by Russian troops, overnight from Sunday to Monday, the authorities in kyiv announced.

“What a night for the occupiers in the Kherson region! Strikes in the area of ​​the Antonovsky Bridge,” regional deputy Serguiy Khlan said on Facebook. /p>

“The fire control that we have been developing for several days is having results. The impacts are considerable for both the Antonovski Bridge and the Kakhovski Bridge,” another bridge, she told Ukrainian television.

The Antonovski Bridge, in the suburbs of Kherson, is strategic and vital for supplies, as it is the only one connecting the city to the southern bank of the Dnieper and the rest of the Kherson region.

It had already was targeted and partially destroyed on July 27, forcing the Russian military to rethink its supply chains. In particular, mobile pontoons would have been installed.

Kherson, capital of the eponymous region, is located just a few kilometers from the front where the Ukrainian forces have been announcing for several weeks a counter-offensive in order to reconquer these lost territories in the very first days of the Russian offensive against Ukraine.

Essential for Ukrainian agriculture, the region is also strategic, as it borders the Crimean peninsula, annexed by Moscow in 2014 By occupying it, Russia was able to build a land bridge to connect Crimea with Russian territory and the other Ukrainian regions it occupies.

The occupation authorities are planning a referendum on annexation of Kherson and the neighboring region of Zaporizhia.