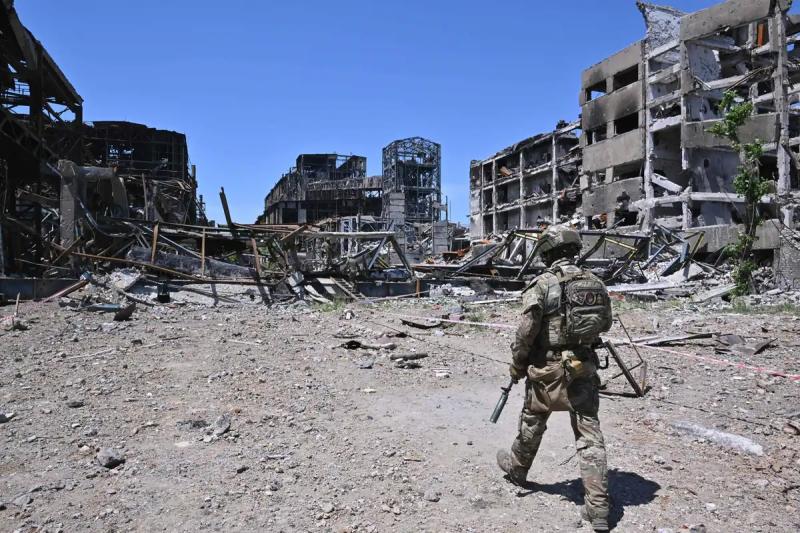 Ukraine announced on Wednesday the exchange with Russia of 215 military personnel, including defense chiefs from the Azovstal steelworks in the city of Mariupol, a symbol of resistance to the Russian invasion.

“We managed to free 215 people,” the biggest exchange since the start of the Russian invasion in February, Ukrainian presidential administration chief Andriy Yermak told television.

“In exchange, we gave 55 people who deserve neither regret nor sympathy”, those who “fought against Ukraine and those who betrayed Ukraine”, he said.

As part of this “long-planned operation”, five military commanders, “superheroes”, including defense chiefs from Azovstal, were transferred to Turkey, Zelensky said.

The negotiations on their exchange were “the longest, the most difficult”, added Mr. Zelensky.

These people will remain in Turkey “in absolute safety and in comfortable conditions” until “the end of the war”, but will be able to meet their families there, under the terms of an agreement with Turkish President Recep Tayyip Erdogan, according to the head of the Ukrainian state.

A total of 188 “heroes of Azovstal and Mariupol”, including 108 servicemen from the Azov regiment, were exchanged, he said. “We will do everything to save all those who are in Russian captivity”, promised Mr. Zelensky, according to which among the prisoners exchanged there are pregnant women.

Ten prisoners of war foreigners — five Britons, two Americans, a Moroccan, a Swede and a Croat — whose transfer from Russia to Saudi Arabia earlier in the day as part of an exchange between Moscow and Ukraine was announced by Saudi diplomacy are part of this exchange, according to Mr. Zelensky.

The last Ukrainian defenders of Mariupol, entrenched in the huge Azovstal steelworks on the Sea of ​​Azov, had surrendered to Russian forces between 16 and May 20, after three months of intense fighting.