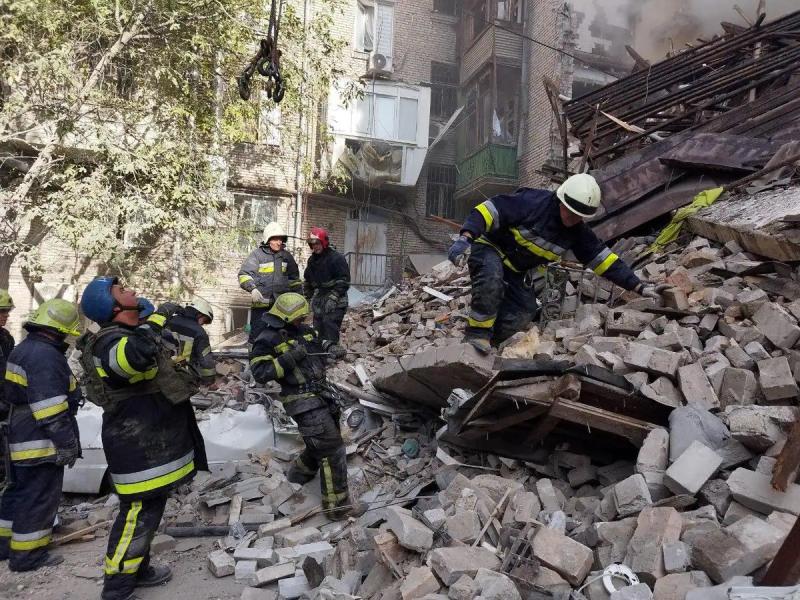 At least two people have died and five are missing after strikes on the city of Zaporizhia in southeastern Ukraine, the region's governor said on Thursday, accusing Russia of fired.

The Ukrainian-controlled city is located in the eponymous region of Zaporizhia, which Moscow annexed despite not having the full control.

At least five people are still trapped under the rubble, he added, adding that rescue operations were still ongoing.

According to the governor, seven strikes by Russian forces targeted “high-rise buildings” .

Last week, at least 30 people were killed in a strike on a column of civilian cars near the town of Zaporizhia, not far of a crossing point between the part of the region controlled by the Ukrainians and that occupied by the Russian army.

Russians and Ukrainians accused each other of this bombardment.

Russian President Vladimir Putin on Wednesday finalized the annexation of four Ukrainian territories (Donetsk, Lugansk, Kherson and Zaporizhia) but the Kremlin has not yet confirmed which geographical areas of these regions will be annexed.

The Ukrainian presidency said on Thursday that in the past 24 hours 14 people have been killed in attacks in the Donetsk region.