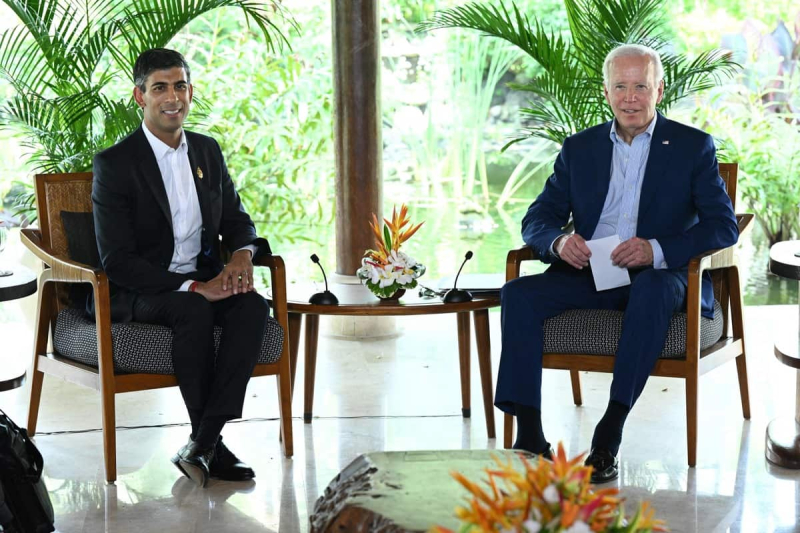 “While world leaders are gathered here in Bali to seek progress towards peace, (Russian President Vladimir) Putin is hitting civilians, children, women, it's almost barbaric,” said Mr. Biden at the start of a meeting with British Prime Minister Rishi Sunak on the sidelines of the G20 summit on the Indonesian island.

Mr. Sunak said he “agreed” with that qualification, referring to the “partnership” between London and Washington in action “when it comes to standing up to Russia's barbaric actions in Ukraine”.

The fall of a missile on a village in southeastern Poland came as Ukraine was targeted on Tuesday by intense Russian bombardments on infrastructure.

If London considers Washington as its closest ally, relations have been clouded in recent years by Brexit.

The administration of Joe Biden, proud of his Irish origins, takes a dim view of the British government wanting to return in a unlethal on the post-Brexit special status negotiated with the European Union. She fears that the 1998 peace accords that ended three decades of violence between mainly Protestant Unionists and mainly Catholic Republicans in the British province will be undermined.