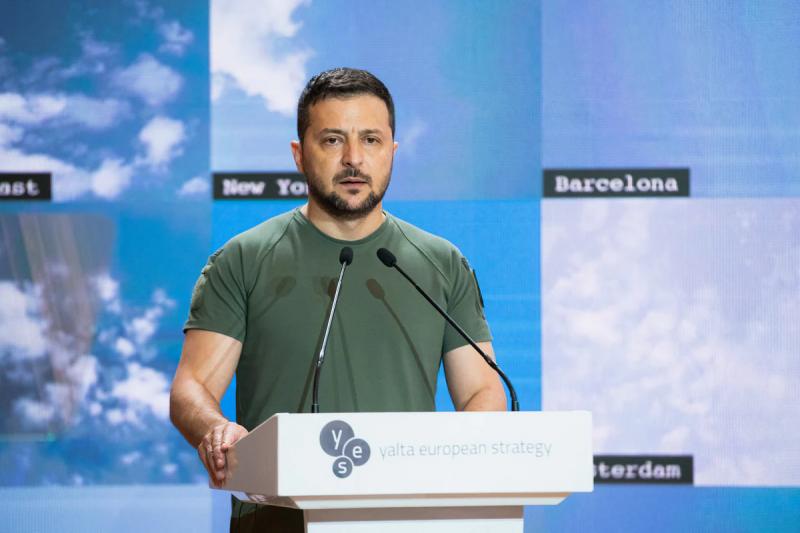 Ukrainian President Volodymyr Zelensky hammered Friday that he will not negotiate with Russia while Vladimir Putin is in power, shortly after the Russian leader asked Ukraine to lay down its arms.< /strong>

“Ukraine will not negotiate with Russia as long as Putin is the President of the Russian Federation. We will negotiate with the new president,” he said, in an online video.

“We are taking decisive action in signing Ukraine's application for accelerated NATO membership,” he also said.

Earlier at a ceremony in the Kremlin, Mr. Putin had formalized the annexation of regions of Ukraine that the Russian army partially controls and while it is facing a Ukrainian counter-offensive.

“We call on the Kyiv regime to immediately cease firing, all hostilities and return to the negotiating table,” said Putin, who stormed into Ukraine on February 24. < /p>

To justify the offensive, the Russian president has repeatedly affirmed having to save the Russian-speaking populations from a so-called “genocide”, and to prevent NATO from making Ukraine a beachhead in order to then go after Russia.

Faced with the failures of its army in early September, he ordered a mobilization of hundreds of thousands of res civil servants.