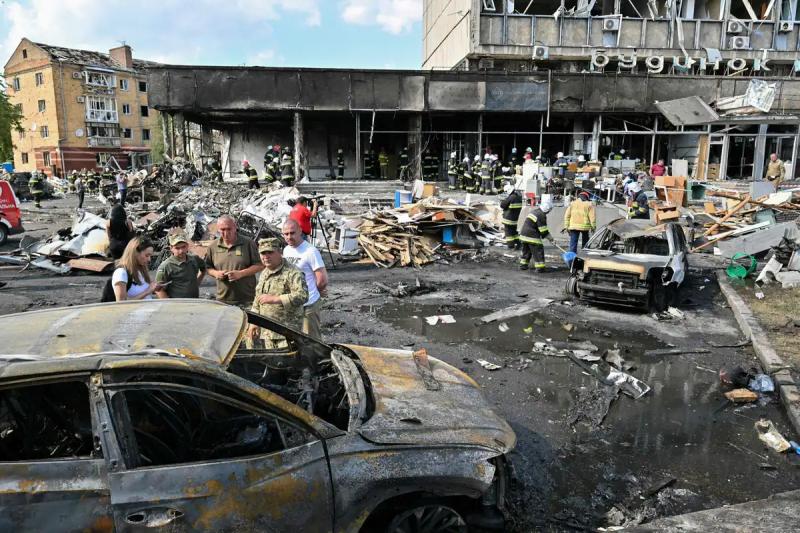 The death toll from the Russian bombardment that hit a railway station in central Ukraine on Wednesday evening has risen to 25 dead and 31 injured, the Ukrainian train operator announced on Thursday.

Ukrainian President Volodymyr Zelensky announced the “Russian missile strike” Wednesday evening at the start of his speech by video before the UN Security Council, reporting an initial death toll of 22.

It took place at the Chapliné station in the Dnipropetrovsk region, in the center of Ukraine. Zelensky said four passenger cars caught fire.

The shelling came as Ukraine celebrated Independence Day, which commemorates its separation from the USSR in 1991. It also comes as the country entered its seventh month of war against Russia on Wednesday, which began on February 24.

While the bulk of the fighting is today in the east and south of the In Ukraine, where neither side appears to be making progress, Russia regularly strikes Ukrainian cities with long-range missiles, Kyiv says.