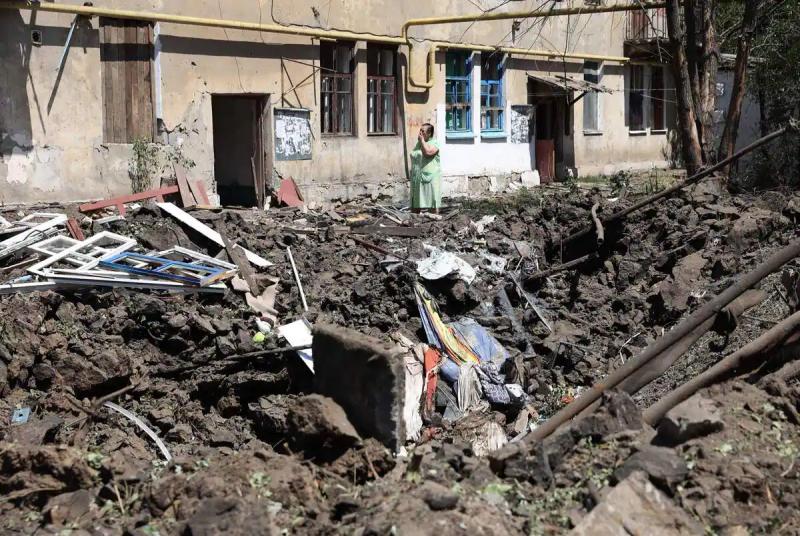 KYIV | The European Union is discussing on Monday tougher sanctions against Moscow for its invasion of Ukraine, where President Volodymyr Zelensky sacked the head of the security services and the general prosecutor over suspicions of treason by some of their subordinates for the benefit of the Russians.

Arriving at the meeting in Brussels, EU Foreign Minister Josep Borrell said the resumption of grain exports from Ukraine was a “question of life or death” and that he had “hope” that an agreement would be reached this week to unblock the port of Odessa.

“The lives of (…) tens of thousands of people depend on this agreement” being negotiated between Russia, Ukraine, Turkey and the United Nations, which aims to bring out through the Black Sea some 20 million tons of cereals blocked in Ukrainian silos because of the Russian offensive, he explained.

The European Union intends to continue its pressure on Moscow with new sanctions as well as financial and military support to Ukraine, announced Josep Borrell.

European foreign ministers are due to consider two European Commission proposals to ban gold purchases from Russia to align EU sanctions with those of its G7 partners, and to register new personalities blacklisted by the EU.

The successive measures adopted so far have isolated and hit Russia hard economically, without making it back down or abandoning its invasion launched on February 24.

Six dead in the east

As Russia continues its bombardment of several Ukrainian cities, President Zelenksy announced on Sunday that he had “taken the decision to relieve the Prosecutor General” Iryna Venediktova, and the head of the security services (SBU) Ivan Bakanov.

The Ukrainian authorities are investigating more than 650 cases of suspected treason by local officials, including 60 in areas occupied by Russian and pro-Russian forces, he added in his evening address.

“Such a large number of crimes against the foundations of national security and the links established between Ukrainian law enforcement officials and Russian special services pose very serious questions for the leaders concerned. Each of these questions will be answered,” he continued.

Ms Venediktova notably led the investigation into alleged atrocities committed at the start of the invasion by Russian forces in the city of Boutcha, a suburb north-west of Kyiv, which in the eyes of the West has become a symbol of Russian “war crimes” in Ukraine.

On the ground, six people were killed on Monday morning when a shell fell on a residential building in Toretsk, in the Donestk region, one of the two provinces of Donbass (east), announced the Ukrainian state service for Emergency Situations on Facebook.

“Rescuers recovered five bodies. Three people were rescued from the rubble, one of whom died in hospital,” the statement said.

Russia announced on Saturday that it had officially ended the “operational pause” of its army decreed eight days ago, and the bombardments resumed with more intensity in the Donbass, whose total control is the main short-term objective. from Moscow.

In the south, the city of Mykolaiv was subjected to “massive rocket fire overnight from Sunday to Monday”, according to the Telegram channel of the governor of the region Vitali Kim who n did not initially report any casualties.

Russian President Vladimir Putin said earlier this month that the Russian military had “not yet started the serious business”.

It is “instructed to prioritize destruction, with enemy high-precision weapons, artillery and long-range missiles,” the ministry added.

In Russia, Russian journalist Marina Ovsiannikova, who became famous after appearing live on television with a sign criticizing Moscow's offensive in Ukraine, said on Monday that she had been released a few hours after her arrest.

“I'm at home. Everything is fine,” she said on Facebook. “Now I know it's better to leave the house with my passport and a bag,” she added.

According to her lawyer Dmitry Zakhvatov, Ms Ovsiannikova was arrested because she is accused of having “discredited” the army during a speech in front of a Moscow court where she had gone last week to support an opponent, Ilia Iachine, imprisoned for having criticized the Russian offensive in Ukraine.< /p>

Her arrest comes a few days after Ms. Ovsiannikova demonstrated alone near the Kremlin, holding up a sign criticizing the military intervention in Ukraine and President Putin.

The war in Ukraine will enter the July 24 in its sixth month and there is no overall civilian death toll from the conflict so far.