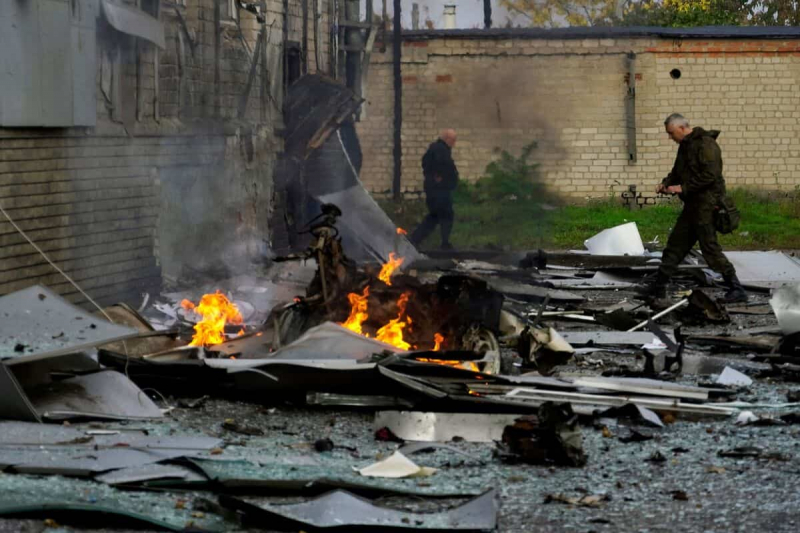 “A car exploded in Melitopol near the building of the media holding company “ZaMedia””, says the statement published on Telegram.

“Five people were slightly injured” in this explosion which shattered the windows and doors on several floors of the building, according to the same source.

One of the injured was hospitalized, the statement added.

Russian public television Rossia 24 broadcast images of the building, with the interior walls partially burned, with windows and doors broken and the stairs cluttered with debris.

The building housed a television station and a pro-Russian radio stations which “continue their activities”, assured the authorities.

According to Russian journalist Alexander Malkevitch, who oversees the work of the ZaMedia television channel, a car bomb exploded as its employees were heading to their offices in the morning.

“The power (of the explosives) was 1.5-2 kilos TNT equivalent,” he said, quoted by Russian news agencies.

The city of Melitopol is located in the Zaporizhia region, which was annexed in September by Russia with three other Ukrainian regions — those of Donetsk, Lugansk and Kherson.