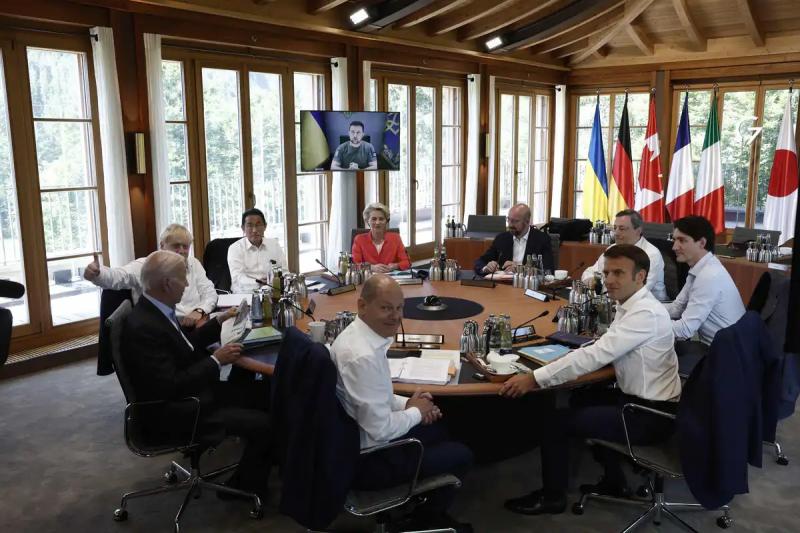 G7 foreign ministers condemned Moscow's 'escalation' in the conflict in Ukraine and promised to take 'further sanctions', following the announcement of a partial mobilization in Russia , in a statement issued overnight Wednesday-Thursday.

Ministers “lamented Russia's deliberate escalation, including partial mobilization of reservists and nuclear rhetoric irresponsible”, following a meeting on the sidelines of the United Nations General Assembly.

The ministers of Germany, Canada, the United States, France, Italy, Japan and the United Kingdom, as well as the head of diplomacy of the European Union, Josep Borrell, also condemned “the sham referendums on the sovereign territory of Ukraine”, announced by the pro-Russian authorities in the occupied region of Donbass.

The vote “cannot be free or fair” while the Russian forces are present, they added.

The G7 should “take further targeted sanctions” and will “maintain sustained economic and political pressure on Russia,” according to the statement. “We are going to study and adopt new restrictive measures, both personal and sectoral”, specified Mr. Borell.

The ministers also reaffirmed their commitment to “finalize the preparations” for the establishment of a cap on the price of Russian oil.

They finally called on Russia to “return control” to Ukraine of the Zaporizhia nuclear power plant, hit in recent weeks by bombings, including Moscow and Kyiv accuse each other.