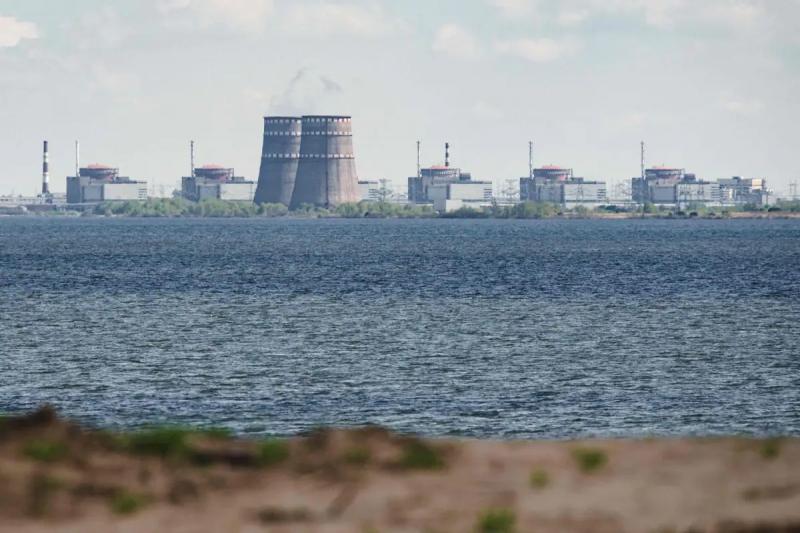 The G7 countries, “deeply concerned” by the risk of a nuclear accident at the Ukrainian power plant in Zaporizhia, called on Monday for the guarantee of “unrestricted” access for IAEA personnel to this plant.

“We underline that any attempt by Russia to disconnect the plant from the Ukrainian electricity grid would be unacceptable”, further warns in a statement the group of G7 directors on non-proliferation.

It stresses that the nuclear power plant must “not be used for military activities or the storage of military material”.

The director general of the International Atomic Energy Agency (IAEA) announced on Monday morning to be on the way to the Zaporijjia power plant, the target of strikes in recent weeks raising fears of the risk of a major accident.

The G7 “remains deeply concerned about the serious threat that the control of Ukrainian nuclear facilities by the Russian armed forces poses to the safety and security of these facilities,” according to the statement.

“These actions increase considerably the risk of a nuclear accident or incident and endanger the population of Ukraine, neighboring States and the international community”, warns the G7, chaired this year by Germany.

“IAEA personnel must be able to access all of Ukraine's nuclear facilities in a timely, safe and unrestricted manner,” demands the G7.

The Zaporizhia power plant, where located six of the fifteen Ukrainian reactors, was taken by Russian troops in early March, shortly after the launch of the invasion on February 24, and is near the front line in the south.

Kyiv and Moscow accuse each other of carrying out bombardments near the complex, near the town of Energodar, on the Dnieper River, and thus endangering the site.

Ukrainian operator Energoatom warned on Saturday of the risk of radioactive leaks and fires after new strikes.

In recent weeks, Zaporijjia has crystallized the concerns of Westerners. The UN has called for a halt to all military activity in the surrounding area.

Between Thursday and Friday, the plant and its six 1,000 megawatt reactors were “totally disconnected” from the national grid due to damage on the power lines, according to Kyiv, before being reconnected and restarted.