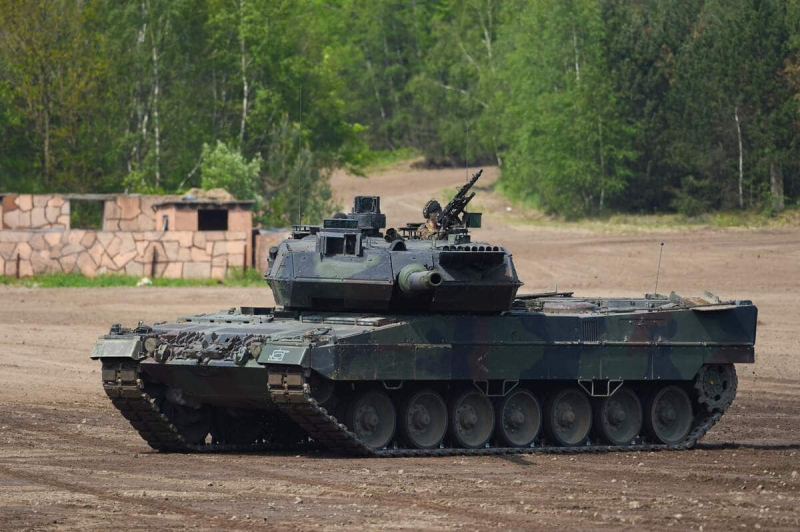 Germany will not “oppose” Poland's willingness to deliver Leopard tanks to Ukraine, which insists on them, if Warsaw asks for permission, said Sunday the head of German diplomacy, Annalena Baerbock.

“If we were asked the question, we would not oppose it”, declared the minister of the Green party, which governs in coalition with the Social Democrats of Olaf Scholz, over the delivery to Kyiv of these German-made tanks.

“For the moment, the question has not been asked” by Poland, required to make an official request to Berlin, said the minister, interviewed in Paris on the French channel LCI.

The German government is under increasing pressure to supply Ukraine with Leopard heavy tanks, which could have a significant impact on the battlefield against Russian troops.

“I understood how how important these tanks are, we are fully aware of that,” added Ms. Baerbock

Poland and Finland have offered to deliver Leopards they own, but they need official approval from Berlin for re-export.

But Olaf Scholz has up to refused to comment on the question of these indirect deliveries, just like on that of directly supplying Leopards from German stocks.

Again questioned on the question Sunday in Paris, during a press conference alongside Emmanuel Macron, the Chancellor was evasive, repeating the need to act in consultation with the allies of the Ukraine on arms delivery issues.

It is not the first time that the Green ministers of the government, in particular Ms Baerbock, have taken a more proactive line than the Chancellor on the subject of support to Ukraine.

Several figures of environmentalists have insisted, in recent weeks, that Olaf Scholz approves the deliveries of tanks to kyiv.

At a meeting on Friday at the American Ramstein base in Germany, Ukraine's Western allies postponed any decision on this subject, arousing the irritation of kyiv who criticized their “indecision”.