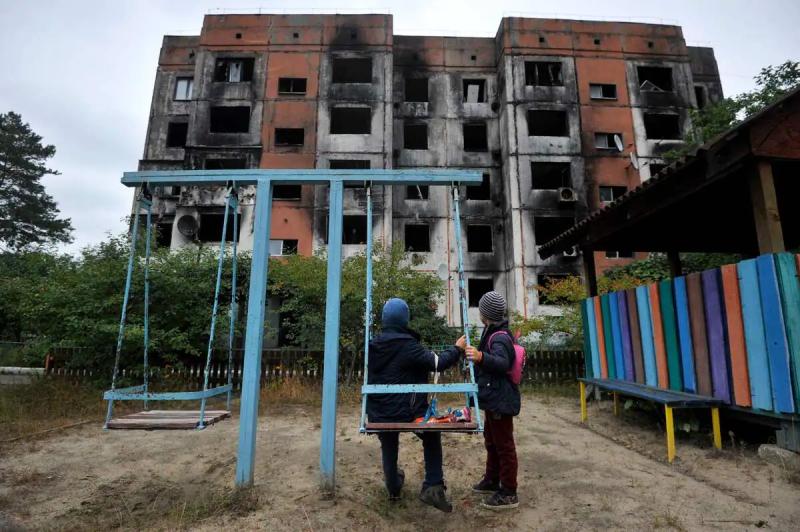 About 15% of Ukraine's grain storage capacity has been lost since the start of the war with Russia, a US report said on Thursday, highlighting the adverse effects on global food security.

Since the start of the war, access to silos and other storage space representing about 8.5 million tons of grain has been lost by Ukraine, according to the estimate of the Washington-backed Conflict Observatory. .

While Ukraine's storage capacity is some 58 million tonnes, the Russians have taken control of 6.24 million, and 2.25 million have been destroyed, the report says .

These significant losses call into question Ukraine's ability to continue its role as breadbasket for many countries that depend on it in particular for their supply of wheat, corn and sunflower.

According to the Conflict Observatory, this lack of space is making it more difficult for Ukrainian farmers – who are struggling to store their harvest this year – and could also deter them from sowing for next season.

“The damage and seizures carried out by Russia and its allies on Ukraine's grain storage capacities threaten to turn the current crisis in Ukrainian agriculture into a disaster,” note the authors.

“Millions of people around the world rely on Ukrainian agricultural products and are directly affected by the sharp rise in prices on the commodity market, caused by shortages linked to the Russian invasion of Ukraine”, perhaps we still read in this report.

In particular, a unit of the prestigious Yale University and a laboratory dependent on the United States Department of Energy.

Its conclusions are taken from satellite images analyzed by algorithms which produce estimates of the destruction of installations, such as silos.

Most of the affected areas are those of Mykolaiv (south), Zaporizhia (south) and Donetsk (east), and many affected buildings were located near logistics nodes, which which suggests according to the report that they were deliberately targeted.

“Targeting without di Identifying agricultural storage facilities may constitute a war crime and a crime against humanity under international law”, finally notes the Conflict Observatory.