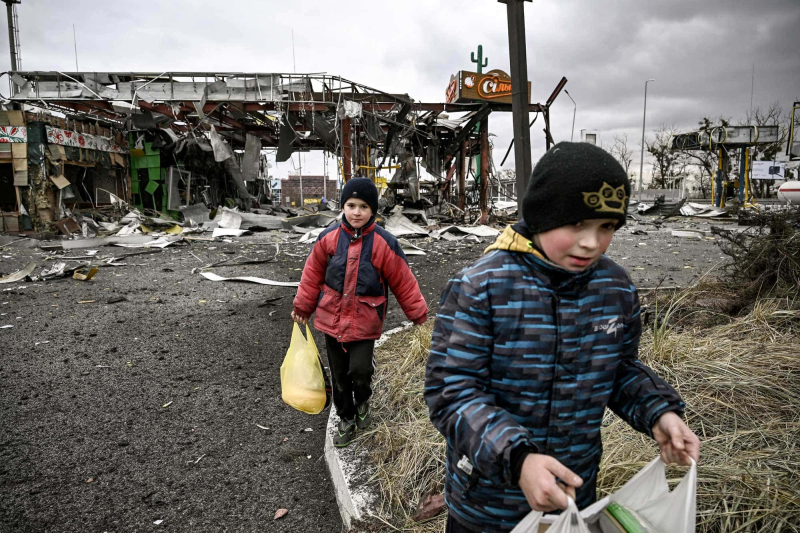 Since the start of the war last February, 452 Ukrainian children have been killed and 876 injured by acts of arms, according to the Prosecutor General of Ukraine. And these figures are fragmentary: it is impossible to count the losses in the territories occupied by the Russians and in the combat zones.

Last summer UNICEF estimated that more than five Ukrainian children a day on average were killed or injured in Ukraine by war violence. Things have since gotten worse. And the assessment only took into account cases that the UN was able to verify.

For ten months, the children and families in Ukraine are deeply traumatized by the violence that surrounds them. The civilian infrastructures on which they depend are the target of the Russians.

According to UN estimates, one in ten schools was damaged or destroyed. Mothers refuse to send their children there. Russian air and artillery strikes have completely destroyed 337 educational institutions and damaged 3,126 others.

Some 8,500 Ukrainian civilians have been killed and more than 11,000 injured since the start of the Russian invasion.

In the ruins of airstrikes bodies continue to be found and in liberated areas evidence of atrocities is collected.

Ukrainian authorities have so far registered more than 45,000 war crimes and identified 216 Russian soldiers as suspected war criminals, of whom 17 have been taken prisoner and 12 convicted.

Ukrainian President Zelensky has said Russia had already fired some 5,000 missiles at his country. These weapons strike combatants and civilians alike.

The Russians target inhabited areas hoping to bring the population to put pressure on the Kyiv government to accept Putin's dictates.

The use of explosive devices (shells, drones, rockets, missiles) is responsible for most child deaths.

UNICEF, the The United Nations Children's Fund, which supports children and their families around the world, estimates that the lives and well-being of 5.2 million Ukrainian children are at risk.

The destruction of family homes and essential infrastructure such as water treatment facilities has forced hundreds of thousands of families to flee their homes.

Nearly all children still living in Ukraine live on extremely traumatic events that risk affecting them psychologically for the rest of their lives.

UNICEF adds that those who have fled combat zones “run a high risk of being separated from their families and be victims of violence, abuse, sexual exploitation and human trafficking.”

Want to donate to UNICEF Canada and help send urgent humanitarian aid to children and families affected by the war, including food essential to their survival? You can do this by phone at 1 877 955-3111 or on the UNICEF website: secure.unicef.ca/page/98643/donate/1.< /strong>