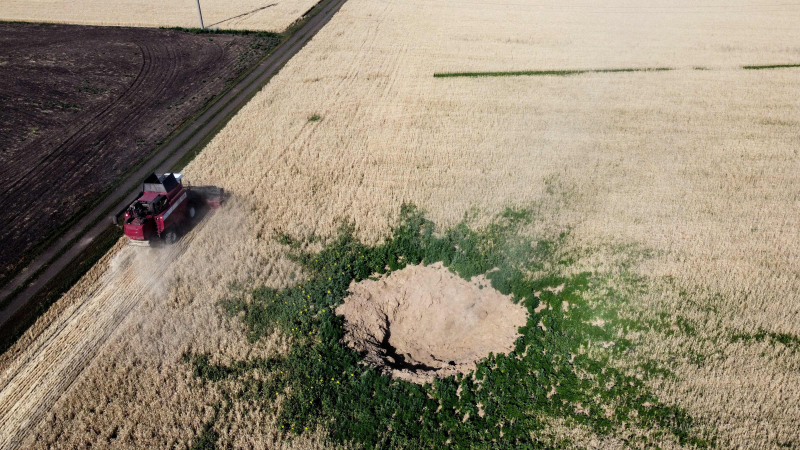 KYIV | After four and a half months of war in Ukraine, the Russian army continues its “incessant” bombardments in the Donetsk region (east), and the United States has promised new military aid to Kyiv, including powerful rocket launchers and precision shells.

“The whole front line is under constant bombardment,” regional governor Pavlo Kyrylenko said Friday evening. “They keep shelling in the direction of Donetsk (…) Bakhmout is shelled, Sloviansk is shelled day and night, Kramatorsk…”, he added on Telegram.

Earlier in the day, Mr. Kyrylenko had reported a death toll of six dead and 21 wounded in 24 hours in the shelling of the region.

According to him, the Russian army is “in the process of regrouping, or rather reconstituting its groups and preparing new actions in Sloviansk, Kramatorsk, Bakhmout”.

According to a senior Pentagon official, the new US military aid of $400 million – which includes four Himars multiple rocket systems and 155mm shells – will improve Ukraine's capabilities to target weapon depots. arms and supply chain of the Russian army.

Thanks to the first eight Himars delivered last month, military experts estimate that the Ukrainian army was able to destroy more than a dozen depots of Russian munitions installed behind the front line in the east of the country.

Washington has already provided $6.9 billion in military assistance to kyiv since the start of the Russian invasion, February 24.

By pounding the Donetsk region, where the evacuation of civilians continues, Moscow seeks to seize the entire Donbass basin, its strategic objective since it withdrew from the vicinity of kyiv at the end of March. p>

According to the regional governor, the Russian army has also started burning crops: “There are massive fires in the fields, which are intentionally caused by the enemy. They try to destroy the crops by all means. They bomb agricultural machinery, harvesters…”, he accused.

The Russian invasion of Ukraine, a country considered one of the breadbaskets of the planet, caused food prices to skyrocket and contributed to soaring global inflation.

On Friday, participants at a G20 ministerial meeting in Indonesia “expressed deep concern about the humanitarian consequences of the war” in Ukraine, according to Indonesian Foreign Minister Retno Marsudi.

The The effect of war “is being felt around the world, on food, energy and budgets”, she pointed out. “And as always, poor and developing countries are the most affected.”

While the G20 did not unanimously condemn the Russian invasion, Westerners nevertheless felt they had succeeded in broadening the front against Russia and clearly attributing responsibility for the war and the global energy and food crises it has caused.

Faced with a flood of Western condemnations, Russian Foreign Minister Sergey Lavrov left the meeting at midday, which was also assisting his American counterpart Antony Blinken.

It was the first time since the start of the war in February that the two men had been reunited, but the American secretary of state refused to meet his Russian counterpart separately , Mr. Lavrov retorting that Moscow would not run after Washingto n for talks.