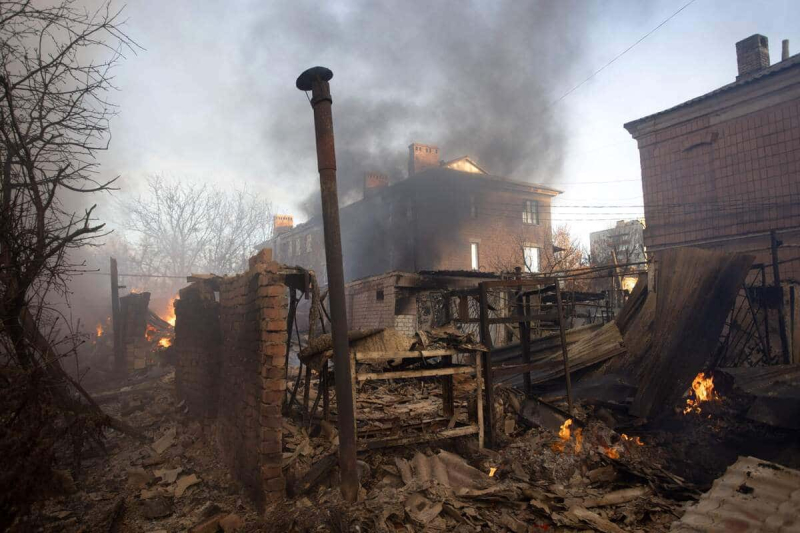 The Russian oil price cap decided by Western countries will have no impact on Moscow's offensive in Ukraine, the Kremlin assured Monday, warning of a “destabilize” of the global energy market.

The Russian economy “has all the necessary capabilities” to finance the military offensive, the spokesman of the Russian Federation told reporters. Kremlin, Dmitry Peskov. “Such measures will have no impact” on the intervention, he insisted.

“On the other hand, these measures will undoubtedly have an impact on the stability of the world energy market (…) It is a step towards their destabilization”, continued Mr. Peskov, adding that Moscow was in the process of “prepare” retaliatory measures.

The European Union, the G7 countries and Australia have agreed to cap the price of Russian oil, a measure which is to come into force from Monday .

The stated objective of this new sanction is to dry up part of the colossal income that Moscow derives from the sale of its hydrocarbons and thus reduce its ability to finance the war effort in Ukraine.< /p>

The mechanism adopted provides that only Russian oil sold at a price equal to or lower than 60 dollars per barrel can continue to be delivered. Beyond that, it will be prohibited for companies based in EU countries, the G7 and Australia to provide services allowing maritime transport (trading, freight, insurance, shipowners, etc.).

< p>In fact, the G7 countries provide insurance services for 90% of global cargoes and the EU is a major player in maritime freight – hence their ability to pass on this cap on the oil delivered to the majority of customers of Russia around the world, a credible deterrent.

The Kremlin has already warned that it will no longer deliver oil to countries that adopt the capping mechanism, a position reaffirmed on Sunday by the Russian Deputy Prime Minister in charge of Energy, Alexander Novak.

Quoted by Russian news agencies, he even claimed that Russia was “working on mechanisms to prohibit the use of the capping tool, regardless of the level set”.< /p>

“Such interference can only cause further destabilization of the market and shortage of r energy resources”, he lambasted.

The price of a barrel of Urals crude is currently hovering around 65 dollars, barely above the ceiling of 60 dollars.