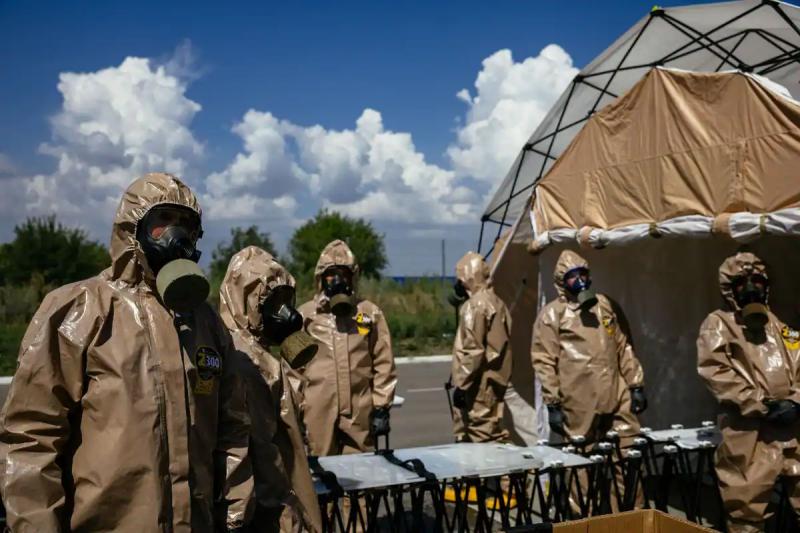 The head of Russian diplomacy Sergey Lavrov on Tuesday discussed with his French counterpart Catherine Colonna the possible visit of inspectors from the International Atomic Energy Agency (IAEA) to the Ukrainian nuclear power plant in Zaporizhia .

During a telephone conversation, “they discussed in detail the situation around the Zaporizhia power plant and the existing opportunities to organize a visit to the power plant during of an IAEA mission,” Russian diplomacy explained in a statement.

Mr. Lavrov assured that Ukraine continues to “bomb the largest nuclear power plant in Europe, as well as its adjacent area, which exposes the entire European population to the danger of a nuclear disaster”.

This plant southern Ukraine has been occupied since the beginning of March by the Russian army. It has become the target in recent weeks of strikes for which Moscow and Kyiv accuse each other.

Last week, Russian Presidents Vladimir Putin and French President Emmanuel Macron called during a telephone interview to organize “as soon as possible” an inspection of the Zaporizhia power plant.