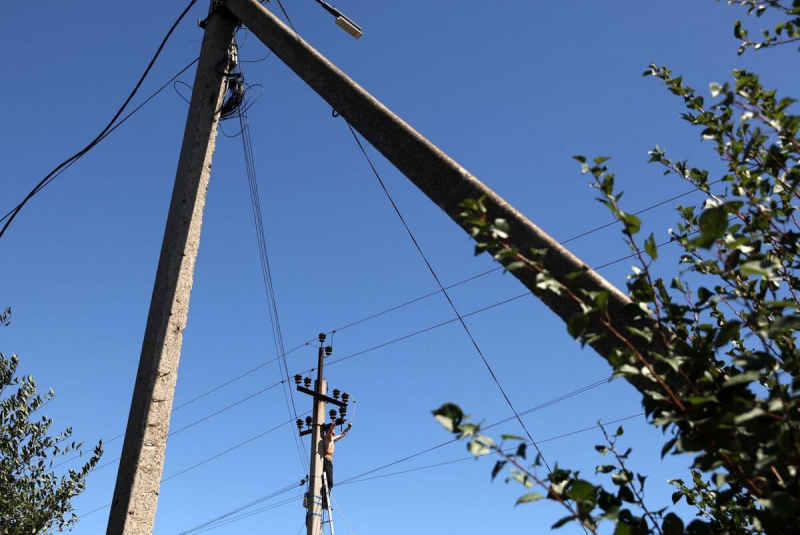 Russian forces “carried out a new attack with missiles on energy facilities of the main networks in the western regions of Ukraine”, explained Ukrenergo on social networks .

“The extent of the damage is comparable to or could exceed the consequences of the October 10-12 attack,” the operator added.

Energy restrictions are being “forcibly enforced” in several regions, including the capital Kyiv and its region, Ukrenergo said, promising that its specialists “will take all measures to restore the supply of electricity as soon as possible in the regions currently deprived of electricity”.

At the same time, Ukrainians have already voluntarily reduced their electricity consumption by 5% to 20% on average on certain days and in certain regions, Ukrenergo boss Volodymyr Kudrytsky told AFP in a written statement.

“We are grateful to the people who have reduced consumption at home and to the companies that are doing the same,” he added.

Officials across the country had earlier reported power cuts after fresh strikes.

In western Ukraine, electricity and water were cut off in some areas of the Volyn region, according to its governor. The town of Khmelnytsky was without power and city officials called on residents to prepare for water cuts.

Power outages were also reported in the area of Odessa (South-West) after “two missile strikes on the energy infrastructure of the region”, declared the governor Maxim Marchenko.

The governor of the Kirovohrad region (center) for its part asked local businesses and residents to reduce their electricity consumption after the strikes on “important” energy infrastructures.