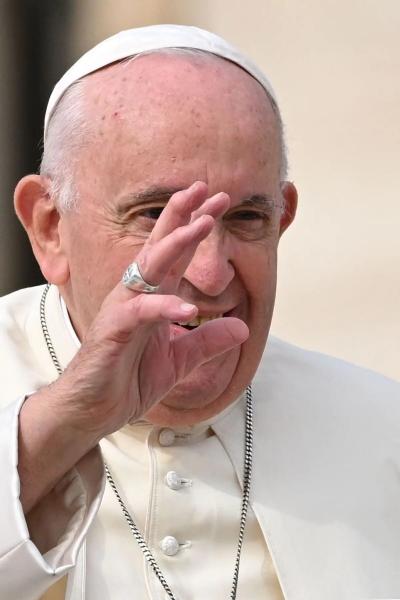 Ahead of his Angelus prayer in St. Peter's Square, the Pope addressed “the President of the Russian Federation, begging him to stop, also out of love for his people, this spiral of violence and death”.

This is the first time that the pope has directly designated the Russian president during a speech since the beginning of the conflict, on February 24.

The pope also spoke for the first time on the annexations of Ukrainian territories by Moscow, deploring “new actions contrary to the principles of international law”.

“I deeply deplore the serious situation that has arisen in recent days […] It increases the risk of nuclear escalation, to the point of raising fears of uncontrollable and catastrophic consequences at the global level”, he said esteemed.

The pontiff also made “an equally confident appeal to the President of Ukraine, Volodymyr Zelensky, to be open to proposals serious ions of peace.”

The Holy See has been trying since February 24 to maintain a delicate diplomatic balance with the two countries, with the Pope condemning a “cruel and senseless” war while keeping open a possibility of dialogue with Moscow.