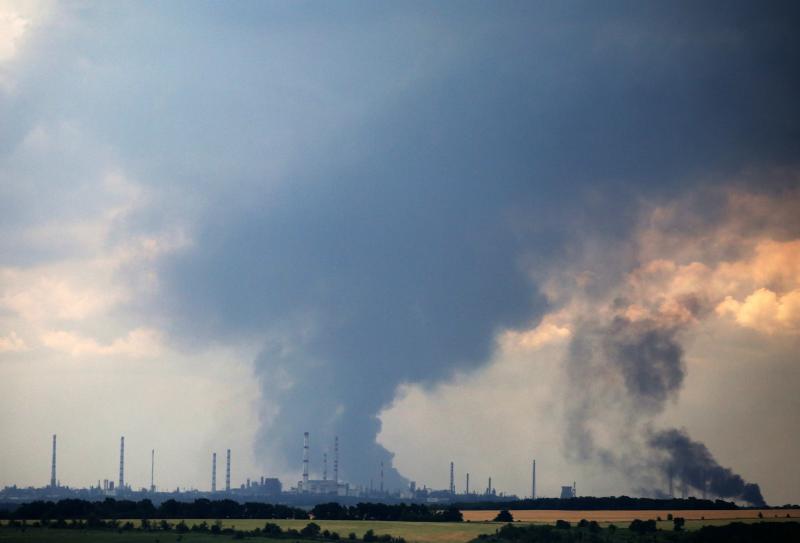 Separatists backed by the Russian army claimed on Saturday to have “totally” surrounded Lyssychansk, a city in eastern Ukraine at the heart of intense fighting in recent days, claims denied in Kyiv which always claims to “control” it.

“Fighting is raging around Lysytchansk. Fortunately, the city is not surrounded and it is under the control of the Ukrainian army,” Ruslan Muzychuk, a spokesman for the National Guard of Ukraine, told Ukrainian television.

Earlier, a representative of the Lugansk separatist army, Andrey Marochko, quoted by the Russian news agency TASS, had claimed that “the Lugansk people's militia (the separatist army, editor's note) and the Russian armed forces have occupied the last strategic heights, which allows us to affirm that the locality of Lysytchansk is completely surrounded. the fighters “are now in the Chakhtar stadium area”, close to the center of this city which before the conflict had nearly 100,000 inhabitants.

Lyssychansk is the last major city in the Lugansk region controlled by the Ukrainian army.

She is twin to that of Severodonetsk, conquered last week by Moscow after the withdrawal of Ukrainian forces after a battle lasting several weeks. The two cities are separated by the Donets River.

The capture of Lyssychansk would allow the Russian army to then advance towards Sloviansk and Kramatorsk, two other large cities in the industrial region of Donbass, which Moscow seeks to conquer.