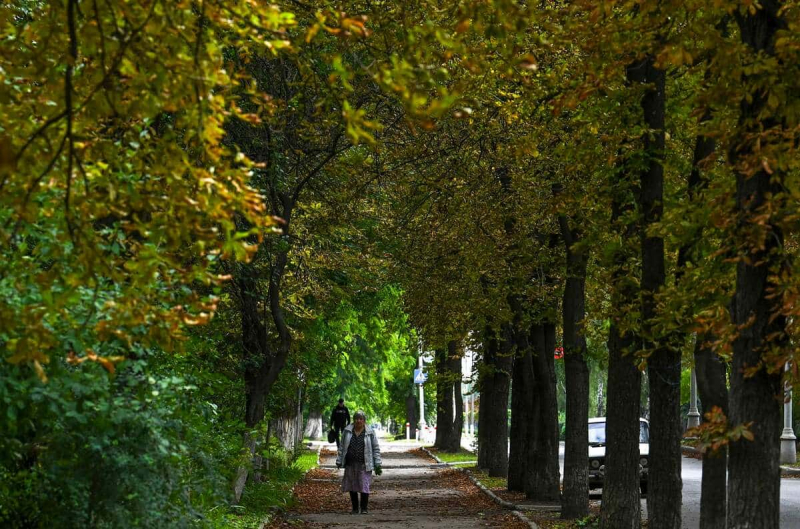 KYIV | The authorities installed by Moscow in four regions of Ukraine announced on Tuesday the urgent holding of “referendums” on September 23 and 27 on annexation by Russia, in the midst of the Ukrainian counter-offensive. < /p>

The Ukrainian presidency has vowed to “liquidate” the Russian threat, while the Ministry of Defense has likened those votes to Austria's Nazi “Anschluss” in 1938.

< p>Russian President Vladimir Putin met with foreign diplomats and arms industry officials during the day, meaning he would stay the course.

The separatist powers of the Lugansk and Donetsk regions announced these votes, as did the Russian occupation authorities of Kherson and Zaporizhya (south). These elections, scheduled for this week, will take place as Ukraine enters its 8th month of war and all these areas are the subject of fighting.

The leaders of the occupying “politico-military administration” of Kherson and Zaporizhia regions further indicated that “volunteer units” would be formed shortly to fight the Ukrainian forces.

These “ referendums”, on the model of the one which formalized the annexation of the Crimean peninsula (south) by Russia in 2014, denounced by kyiv and the West, have been the subject of preparations for several months.

< p>The timetable seems to have accelerated with the Ukrainian counter-offensive which forced the Russian army to retreat to the northeast of the country.

He is the leader of the self-proclaimed “Parliament” from Lugansk, Denis Miroshnichenko who was the first to announce that the ballot would take place, over four days from Friday.

Soon after, the official Donetsk news agency announced an identical timetable, as did the heads of the occupation administrations of Kherson and Zaporizhia, Vladimir Saldo and Yevgeny Balitsky.

Ukraine warned on Tuesday that the Russian threat would be “liquidated”, the head of the Ukrainian presidential administration, Andriï Yermak, denouncing Russian “blackmail” motivated by “the fear of defeat”.

In a tweet, Ukraine's Defense Ministry said Moscow was repeating the Nazis' 1938 annexation referendum of Austria, and would meet “Hitler's fate of 1945”.

< p>Head of diplomacy Dmytro Kuleba assured that Ukraine would “continue to liberate its lands”.

The announcements come as Moscow suffered severe setbacks in early September, withdrawing from the Kharkiv region in the face of pressure from Kyiv forces, strong in supplies of Western weapons and equipment.

The army also launched a counter-offensive on the Kherson region in the south. This one is less dazzling, but Kyiv is also recording gains.

It is also on the offensive in the Lugansk region (east), which Moscow had conquered in its entirety in the spring at the cost of months of deadly fighting.

Kyiv thus hopes to retake the village of Bilogorivka, whose the conquest had cost Russia dearly in May, its troops and equipment having been decimated trying to cross the Siversky Donets River there. The images of the destroyed tanks had gone around the world.

Mr. Putin met on Tuesday with arms manufacturers and security officials, calling for “accelerating production capacities” to “as soon as possible to deliver the necessary weapons” to the army.

< p>Receiving the credentials of new ambassadors, he insisted on the soundness of his “sovereign” foreign policy, before the United Nations General Assembly which opens on Tuesday.

At the same time the lower house of the Russian Parliament, the Duma, has passed a text considerably toughening the prison sentences incurred by soldiers who surrender to the enemy, desert or commit looting.

On Tuesday morning, former President Dmitry Medvedev and current number two of the Russian Security Council was the first to call for the organization of annexation “referendums” as soon as possible, believing that it was a question of restoring “historical justice” , with the Kremlin considering Ukraine as historically Russian.

“Encroaching on the territory of Russia is a crime and if committed, it allows you to use all forces in self-defense”, he threatened.

For independent Russian analyst Tatiana Stanovaya, holding these votes is indeed a clear threat to Ukraine and to the West which helps Kyiv and sanctions Russia.

“Putin is ready to hold the referendums without delay to have the right to use atomic weapons to defend Russian territory,” said this expert who heads the R.Politik analysis center on Telegram.

The separatist regimes of Donetsk and Lugansk were set up with the aid from the Kremlin in 2014. Vladimir Putin had recognized their independence in February, thus justifying his invasion by the necessity to protect a Russian-speaking population.