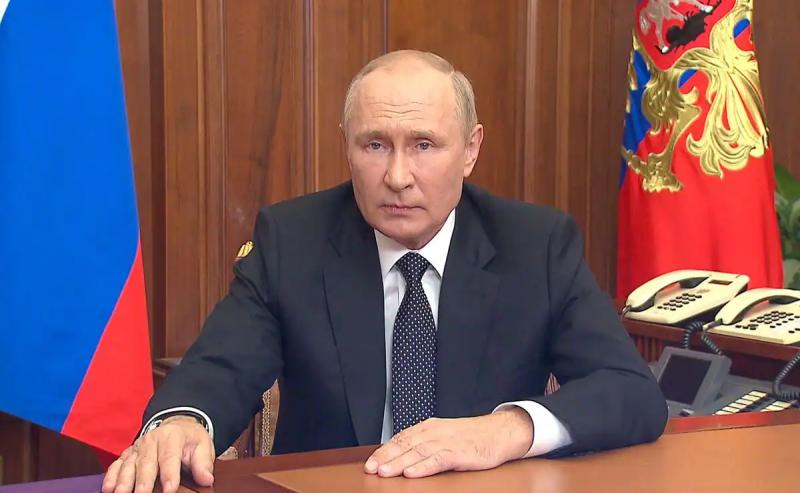 Russian President Vladimir Putin on Wednesday announced a “partial mobilization” of Russians of combat age, or 300,000 reservists, paving the way for a major escalation in the conflict in Ukraine.&nbsp ;

He has also hinted that he is prepared to use nuclear weapons to defend Russia against the West, which he accuses of being determined to destroy his country.

“I consider it necessary to support the (Ministry of Defense) proposal for the partial mobilization of citizens in reserve, those who have already served (…) and who have relevant experience,” Putin said in a speech. recorded television.

“The decree on partial mobilization is signed” and will come into force “today” Wednesday, added the Russian president.

“We are only talking about partial mobilization,” he said, while rumors of a general mobilization have been circulating in recent hours.

According to Russian Defense Minister Sergei Shoigu, this represents 300,000 reservists, or “just over 1%” of the number of people who can be mobilized in the country, estimated at some 25 million people.

These reinforcements will be deployed to “consolidate” and “control” the rear lines, along “a front line that is more than 1000 kilometers long” in southern and eastern Ukraine.

This decision comes as Ukrainian forces carried out a series of counter-offensives in September, forcing in particular the retreat of the Russian army in the Kharkiv region (north-eastern Ukraine).

M. Shoigu also acknowledged a toll of 5,937 soldiers killed since the start of its offensive at the end of February, a toll well below Ukrainian and Western estimates.

The latest toll announced by the Russian Ministry of Defense was state at the end of March of 1351 soldiers killed.

Faced with “the threat” represented according to Vladimir Putin by “the Nazi regime in Kyiv” and “the war machine of the West”, “we will certainly use all the means at our disposal to protect Russia and our people”, has warned the Russian president on Wednesday, clearly alluding to nuclear weapons.

The threat resonates all the louder as referendums on annexation by Russia are planned in four Ukrainian regions from Friday.

“The goal of the West is to weaken, divide and destroy Russia”, launched the Russian president in his televised address.

According to him, the The West wishes to “remove sovereign and independent centers of development” in the world to strengthen itself.

“The objectives of the military operation have been and remain unchanged,” Mr. Putin finally said.

Russia launched its offensive in Ukraine by claiming to want to defend the Russian-speaking populations there oppressed by a “native” power. azi” and to demilitarize the country.