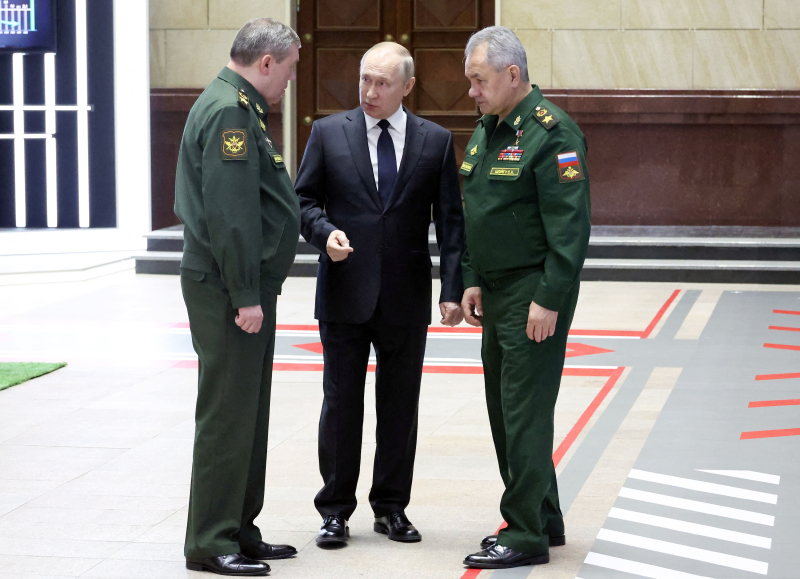 Russia is preparing to take decisive strategic initiatives in Ukraine in the next six months, according to the concordant analyzes of several Western intelligence services. The Kremlin wants to end the humiliating setbacks the Russians have suffered at the hands of Ukraine's armed forces, advised and armed by NATO, since the start of the war in February 2022.

Putin believed able to easily take over Kyiv and effect regime change in the first weeks of the war. It reminds me of George W. Bush and his May 2003 “Mission Accomplished” banner announcing the end of military operations in Iraq. Nearly 20 years later, there are still 5,000 American soldiers fighting in the country.

From defeat to rout

Russia has failed to achieve most of its main goals. Besides failing miserably to take Kyiv, his forces were pushed back from the strategic cities of Kharkiv and Kherson. And they still do not succeed in completely occupying the Donetsk and Luhansk oblasts on the Russian border. Russian missile and drone strikes on Ukrainian critical infrastructure did not demoralize Ukrainians, as the Kremlin hoped.

Putin is now preparing a major offensive as soon as the weather permits, in a few months. Clues ? Military analysts note that he signed executive orders increasing the age of men eligible for conscription and authorizing the conscription of imprisoned criminals. The mercenary group Wagner was already recruiting them, promising them forgiveness if they served 6 months in Ukraine.

To have sufficient manpower, the Kremlin will have to engage in the next offensive all the conscripts of the first wave of mobilization who have not yet been deployed on the front and the conventional Russian forces maintained in a defensive position.

According to intelligence analysts, Russian units are currently training in Belarus and Russia to take part in the big offensive. And the Russian general staff is also carrying out reorganizations intended to carry out large-scale conventional combat beyond the offensives of 2023. We are not taking any risks.

Major offensive in the spring

It is to counter this large-scale Russian attack in the spring that several NATO countries, including Canada, will send tanks — an offensive weapon — to the Ukrainians: a threat of a massive attack by Ukrainian tanks would force the Russians to plan defensive measures that would limit their forces available to carry out their offensive.

In order to solidify the support of the population for the operation, commentators and influencers Kremlin allies have embarked on a propaganda campaign to scare Russians by telling them all that Russia and its leaders risk if it is defeated and held to account for its war crimes before international bodies.

Putin is preparing for both a major offensive and, if it fails, a protracted war. Its so-called “special military operation” turned into a major conventional war. Well in spite of himself.