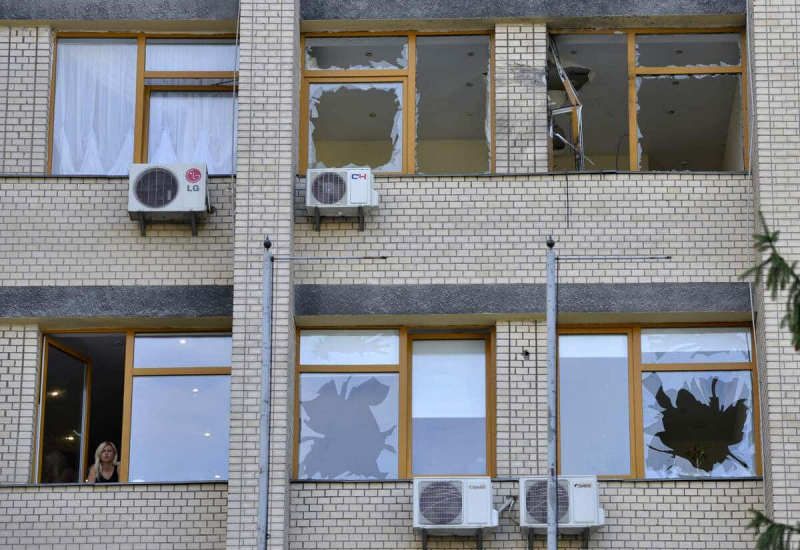 A Russian “massive attack” was underway on Monday morning against energy facilities in several Ukrainian regions, leaving parts of Kyiv without electricity, two days after an attack on the Russian fleet in Crimea, which Moscow has attributed to Ukraine with the help of the United Kingdom.

To the north of the capital, about fifteen soldiers and police blocked traffic and prohibited access to the road which led to an affected site, found an AFP team.

According to a soldier interviewed by AFP, “three missiles hit their target a hundred meters away. We must not stay there, it is dangerous because there may be other strikes”.

“Russian terrorists have once again launched a massive attack against installations in the energy system in a number of regions,” lamented an adviser to the Ukrainian presidency, Kyrylo Tymoshenko.

According to the Ukrainian army, “more than 50 cruise missiles have been launched” at Ukraine “with the help of planes”, from the northern Caspian Sea and the Russian region of Rostov.

In Kyiv, at least five explosions were heard early Monday by AFP journalists.

“Part of Kyiv is without electricity and in some areas without water, following Russian strikes”, The mayor of the city, Vitaly Klitschko, quickly indicated on Telegram.

“Electricians are working to restore the electricity supply to a damaged installation which supplies approximately 350,000 apartments in Kyiv”, he said. -he specified.

The capital had already been hit on October 10 and 17, in particular by Iranian-made Russian drones, which had hit essential energy infrastructure.

These new massive strikes come after Moscow announced at the weekend to suspend its participation in the agreement on Ukrainian grain exports, vital for the world's food supply.

However, two cargo ships loaded with cereals left Ukrainian ports on Monday and took the humanitarian maritime corridor bound for Turkey, according to the specialized site Marine traffic.

Twelve cargo ships are due to leave Ukrainian ports during the day and four others heading towards them, one of which, under the Turkish flag, has already set sail, said the Joint Coordination Center (JCC), responsible for overseeing the agreement on Ukrainian grain exports via the Black Sea. /p>

The Russian Ministry of Defense accused London of helping kyiv in “the implementation of this terrorist act”, which the United Kingdom strongly denied.

kyiv, for its part, denounced on Sunday grain exports that had become “impossible” due to the Russian blockade reinstated by Russia, describing the Russian accusations as a “false pretext”.

In his daily video intervention , Ukrainian President Volodymyr Zelensky claimed on Sunday evening that “Russia is solely responsible for the fact that food will become more expensive in West Africa and East Asia. Russia is the reason why people in Ethiopia, Somalia or Yemen are going to have to face catastrophic shortages.”

The United States and the EU have condemned the Russian withdrawal of this essential agreement concluded in July under the auspices of the UN and Turkey, the Secretary General of the United Nations, Antonio Guterres, saying he was “deeply concerned”.

US President Joe Biden denounced him a “scandalous” Russian decision. “There was no reason for them to do this,” he said.

In Istanbul, the CC reported that the Russian delegation participating in inspections of vessels carrying Ukrainian grain s withdrew from it “for an indefinite period”.