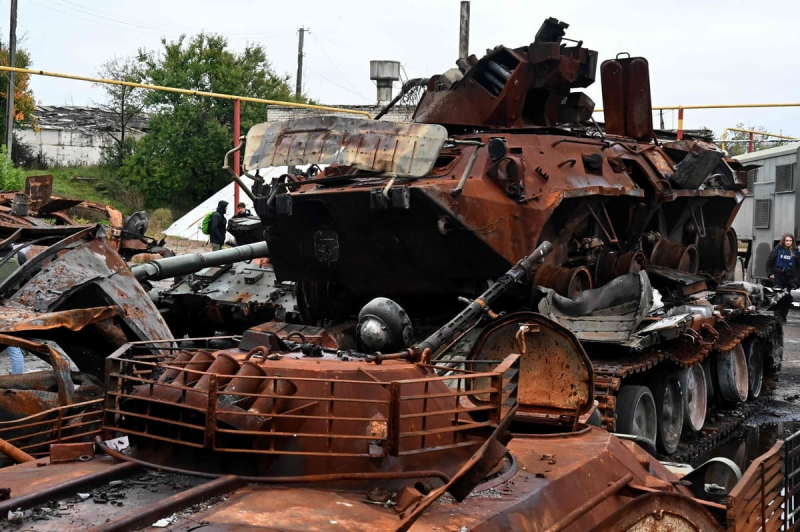 The Russian army prepares to evacuate the population of the city of Kherson, capital of a key region in southern Ukraine, in the face of a counter-offensive from kyiv putting Russian troops in a “tense” situation, the commander of Russian forces in Ukraine announced on Tuesday.

“The Russian army will ensure above all the safe evacuation of the population”, declared on public television Rossia 24 General Sergei Surovikin, in charge of operations in Ukraine for ten days, in particular in Kherson, capital of a region southern Ukraine, which has been militarily occupied since the spring and annexed in September.

“Further actions regarding the city of Kherson itself will depend on the military situation,” the Russian general said, advocating “the need to preserve the maximum number of lives of the civilian population and the Russian military”, he announced.

“We do not exclude a very difficult decision-making”, a- he added without further clarification.

“The situation in the area of ​​the special military operation can be described as tense,” he further acknowledged. on the positions of the Russian troops… The Ukrainian regime is trying to break through our defence”, by bringing together “all its reserves” for the counter-offensive, he said.

The Russian general evokes Ukrainian strikes targeting “social, economic and industrial infrastructure” in the region. Among the sites damaged by the strikes is notably the dam of the Kakhovka power station, the destruction of which could cause a gigantic flood according to experts, and the Antonovski bridge connecting the north and south banks of the Dnieper river, General Sourovikine indicated.

These strikes lead to disruptions in the supply of electricity, water and food to Kherson, he said, denouncing a “direct threat to the lives of the inhabitants”.

For his part, the leader installed in the Kherson region by Moscow, Vladimir Saldo, announced an evacuation to the left bank of the Dnieper River of the population of several localities in his region in order to allow the Russian army to put in place “large-scale defensive constructions” in the face of a “vast counter-offensive” prepared by the Ukrainian forces.

“Where the military acts, there is no place for civilians,” Mr. Saldo explained on Telegram.

“ The Kherson region remains under the protection of the Russian army,” he said, however.