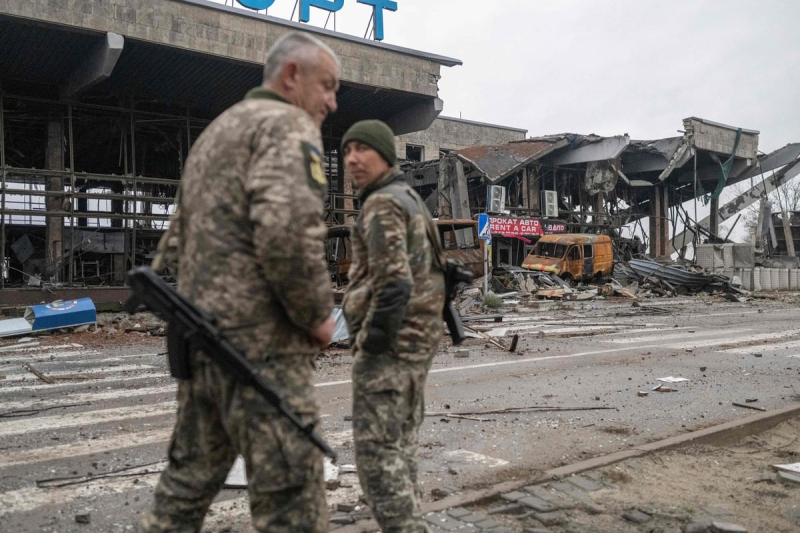 Ukrainian investigators claimed on Tuesday to have arrested for “treason” a head of Russian pre-trial detention centers in Kherson (south), a city liberated on November 11 after more than eight months of occupation by troops from Moscow .

“From the first days of the occupation of Kherson, this employee of a detention center worked for the invaders (…) as a manager of the centers pre-trial detention and places of execution of sentences,” the Ukrainian State Bureau of Investigation (SBI) said in a statement.

According to the SBI, this employee “enabled the escape of criminals imprisoned just before the liberation of Kherson”.

After the arrival of the Ukrainian army on November 11 following a two-month counter-offensive by kyiv in the Kherson region, “there did not have time to escape and was detained by SBU employees,” the SBI said in its statement.

The suspect was arrested for “treason n”, specifies the press release, a charge which can be worth a life sentence in Ukraine.

The Kherson regional prosecutor's office is in charge of the investigation, according to the same source.

On Monday, the Ukrainian General Prosecutor's Office announced that it had found four “torture sites” used by the Russians in Kherson before their forced retreat from the region about ten days ago.

The 14 November, the Ukrainian security services (SBU) had, for their part, said they had arrested a Russian soldier in Kherson “disguised as civilians”, while fears that collaborators from Moscow were still present incognito in the city remained strong.< /p>