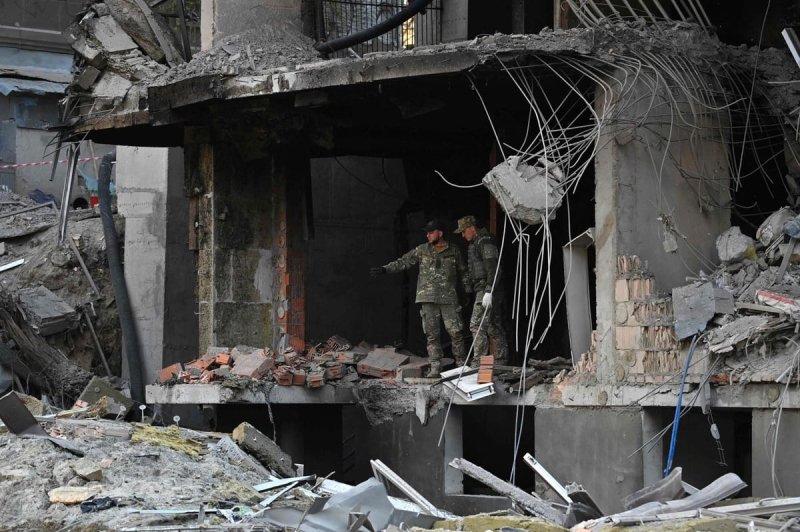 Ukrainian officials said on Monday they expect a new wave of Russian bombardment this week, with previous rounds targeting critical infrastructure and causing massive water and power cuts, including in the capital Kyiv.

“It is very likely that the beginning of the week will be marked by such an attack,” spokeswoman for the Ukrainian army's southern command, Natalia Goumenyuk, said on Monday, noting that a Russian missile-carrying ship had appeared in Black Sea.

“It is a surface missile carrier which carries eight Kalibr-type missiles. This indicates that preparations are underway,” she added to Ukrainian television.

Ukrainian President Volodymyr Zelensky warned in a video address on Sunday evening that “the week ahead may be as difficult as the week past”, marked by Russian bombings which caused massive power outages as winter temperatures settling in.

“Our defense forces are getting ready. The whole state is getting ready. We are working out all the scenarios, including with Western partners,” he added, calling on the Ukrainians to pay attention to anti-aircraft alerts.

He also reported a “very difficult situation on the front, especially in the Donetsk region in the east, where the fighting has been concentrated since the withdrawal of Russian forces from the city of Kherson in the south.

After the Russian strikes on Wednesday last month, millions of Ukrainians were left without power.

According to the national operator Ukrenergo, the country is still facing an electricity deficit on Monday affecting 27% of homes and power cuts emergency are still in effect throughout the territory.