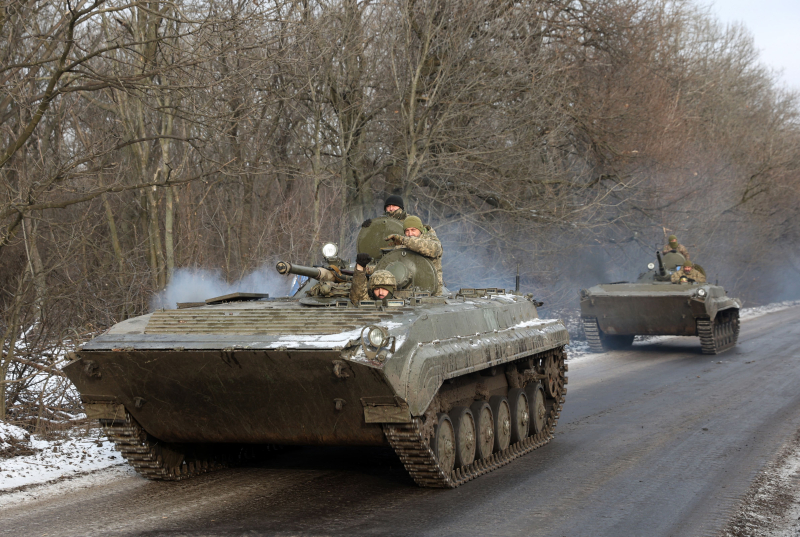 Ukraine should not seek to defend the city of Bakhmout, the scene of a bloody battle, at all costs, and focus more on preparing for a major counter-offensive, senior official says Friday.

Now largely ravaged, the pre-war city of 70,000 has become the epicenter of fighting in eastern Ukraine, with massive artillery fire, slow advances and heavy casualties on both sides.

Bakhmout has also become a major political issue and symbol. Ukrainian President Volodymyr Zelensky visited the frontline in December, just before his trip to meet Joe Biden at the White House and address Congress in Washington.

However, according to this top In charge of Joe Biden's administration, the priority given to fighting in Bakhmut is hampering Ukraine in its essential task of preparing for a strategic offensive against the Russians in the south of the country in the spring.

In Bakhmout, the longer the fighting lasts, the more the situation could work in favor of Russia, which has greater artillery resources and a numerical advantage in terms of troops, he justified , speaking on condition of anonymity and asking not to be directly quoted.

The senior US official added that a Russian victory in Bakhmout would not lead to a significant turn in the war, the Ukrainian forces being able to withdraw to positions that are easier to defend.

On the other hand, still according to him, Ukraine would benefit from assigning these highly exposed soldiers to equipment and training programs led by the United States, in order to form more technical and heavily armed units, capable of launching an offensive in the south.

This senior official noted that the weapons intended for a counter-offensive were already flowing in Ukraine, including several hundred armored vehicles this te week – the type of equipment that will be needed for a mobile offensive force.