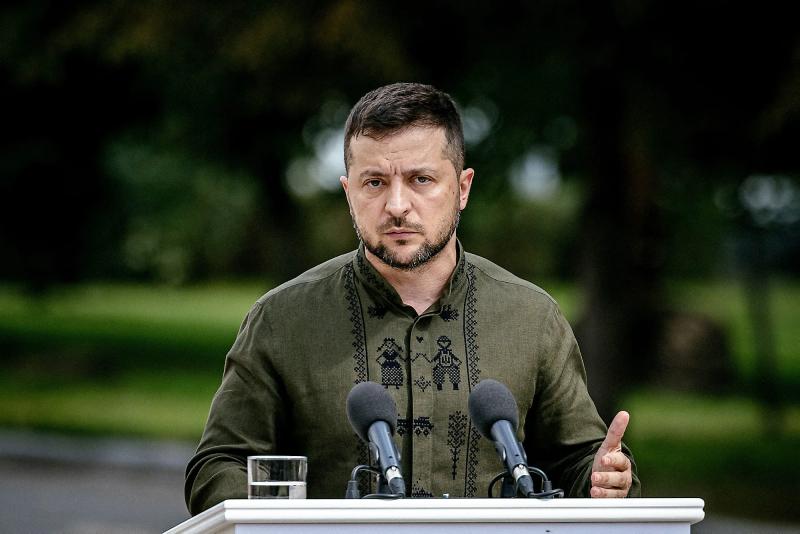 For Ukrainians everywhere, on August 24, the pride of having fought so long for their freedom mingles with their heroic fight against the Russian enemy determined to eradicate their nation.

This day marks the 31st anniversary of Ukraine's independence, finally emerging from the former Soviet empire, but also the six months to the day of its brutal invasion by the Russian army of Vladimir Putin.< /p>

Six months… and still a long way from a resolution. This bloody war of invasion of an independent country, let us remember, is a tragic precedent in the modern era.

On this day, several Western states and major cities will show their solidarity with Ukrainians, men and women and their diaspora. In Montreal, a special ceremony will begin at 6 p.m., at Place Jacques-Cartier, and the Ukrainian flag will be hoisted all day at City Hall.

Six months… of war in invasion, it's an eternity. It is the resistance of a people of exceptional bravery.

Yet the women and men of Ukraine are holding on. They defend their homeland with a courage that few would be capable of.

They remain standing. In front of Putin and his Stalinist-looking propaganda megamachine. In Russia and abroad, she spits out her denial of the very existence of the Ukrainian nation, its language and its culture.

Six months… since the world discovered their president , Volodymyr Zelensky. A former comedian who, under the test of the invasion, proved to be a true statesman, a warlord capable of inspiring confidence in a beleaguered people.

Six months… where many Westerners feel powerless, dumbfounded by the scale and barbarity of the Russian invasion.

Yesterday, President Zelensky even said that he feared that the Russian army would take advantage of the anniversary of Ukraine's independence to commit “particularly disgusting” acts.

Even worse acts, if so much is it even possible, that their last six months of invasion war.

On the brink of disaster?

Five months.. since the Ukrainian employees of the Zaporizhzhia nuclear power plant are also prisoners, while working, under the violent occupation of 500 Russian soldiers. One can imagine the risks of a nuclear disaster.

Because as reported yesterday the New York Times, “all that now stands between the world and the possibility of nuclear disaster are these dedicated Ukrainian operators, but forced to work at gunpoint (Russian)”. It makes your blood run cold.

All while President Zelensky continues to implore the West to help Ukraine in even more concrete ways.

How long How long will this senseless invasion last? How many deaths, suffering, destruction?

For today, we salute Ukrainian independence. A very modest gesture of solidarity would be to wear the blue and yellow colors of its flag.

And for those who can, to make a donation to the Red Cross or other humanitarian organizations. But that's very little. Unfortunately, we know it all too well.