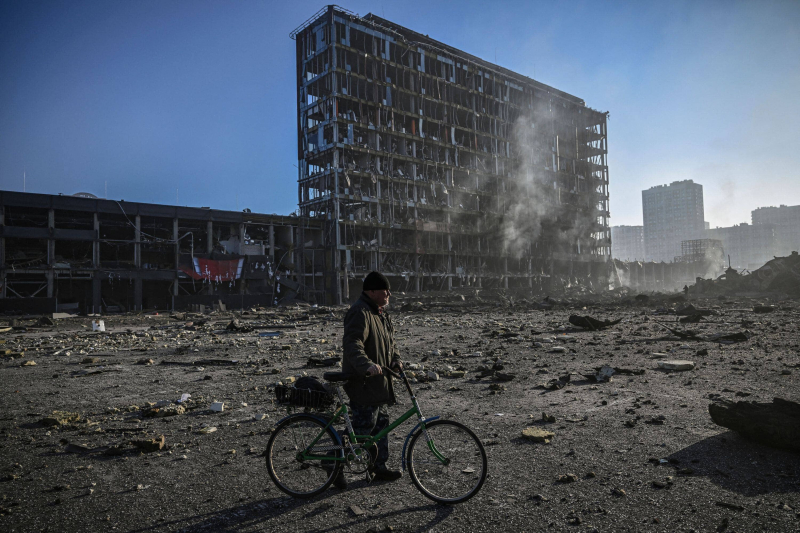 The EU will work to set up a special tribunal to try “Russia’s crimes” in Ukraine and wants to mobilize frozen Russian assets to rebuild the country, the president announced on Wednesday of the European Commission, Ursula von der Leyen.

“While continuing to support the International Criminal Court (ICC, based in The Hague), we propose to establish a special UN-backed tribunal to investigate and prosecute crimes of aggression by Russia” against Ukraine, she said in a video posted on Twitter.

The creation of such a tribunal has been called for several times by Ukrainian President Volodymyr Zelensky.

“We are ready to start working with the international community to obtain the widest possible international support for this tribunal”, explained Ms von der Leyen.

The President of the Commission also wishes to pay Moscow for the material destruction in Ukraine.

“Together with our partners, we will ensure that Russia pays for the devastation it has caused, using the frozen funds of the oligarchs and the assets of its central bank,” she said.

“In the short term, we could create (…) a structure to manage these funds and invest them. We will then use these funds for Ukraine,” said Ursula von der Leyen.

“Once the sanctions are lifted, these funds should be used for Russia to pay compensation for the damage done to Ukraine. We will work on an international agreement with our partners to make this possible. And together we can find legal ways to achieve this,” she said.

More than 20,000 Ukrainian civilians and more than 100,000 Ukrainian military personnel have been killed since the start of the invasion of Ukraine in February, said the head of the European executive.

The damage suffered by Ukraine is, according to her, estimated at 600 billion euros.

In September, the Czech Republic, which holds the six-monthly presidency of the Council of the EU, had already pronounced in favor of the creation of a special tribunal, after the discovery of hundreds of bodies buried near Izium, a city retaken from the Russians in eastern Ukraine.

The countries Baltic States had also called in September for the establishment of such a tribunal.