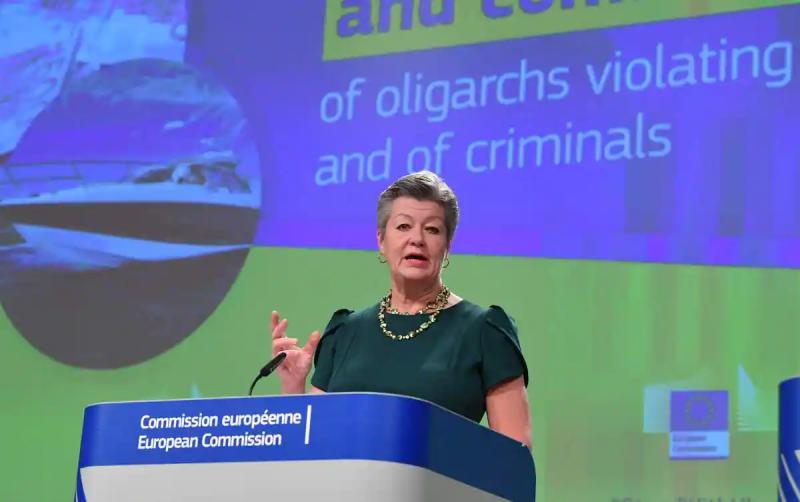 The European Union strengthened its cooperation with Moldova on Monday to help it control its border with Ukraine and prevent the risk of arms trafficking from this country at war, if disturbing to see the military equipment supplied by the West being diverted.

European Commissioner for Home Affairs Ylva Johansson announced the creation of a “support hub for internal security and border management in Moldova”, an EU candidate country, during a meeting in Prague of European Ministers of Interior with their Moldovan and Ukrainian counterparts.

This is a framework for the exchange of information and police cooperation on the ground involving EU Member States, Moldova and Ukraine, as well as the Europol and Frontex agencies. The first meeting scheduled for Monday, involving twelve member states, is dedicated to firearms trafficking.

“We have some indications” on a traffic, declared Ylva Johansson. “We know how many weapons there are in Ukraine and of course not all of them are always in the right hands,” she added, without elaborating.

The EU is concerned at seeing the scenario of war in the former Yugoslavia repeat itself. “We still have problems with the trafficking of arms from (this region) for the benefit of organized crime, which fuels the violence of criminal networks in the European Union”, underlined the Swedish commissioner. “So we have to prepare together from the start,” she said.

In addition to this trafficking, weapons from the former Yugoslavia have also ended up in the hands of jihadists who have hit Western Europe in recent years, such as in the Paris attacks of November 13, 2015.

“We stand on the border with Moldova, because that is where the traffic from 'weapons can mainly arrive,' said the acting director general of the European coast and border guard agency (Frontex), Aija Kalnaja.

“Criminal organizations get into what is profitable, they do not care if it is trade in people or arms, as long as it makes money for them,” Ms. Kalnaja commented.

“They are extremely flexible, agile es, and we must be too,” she warned.