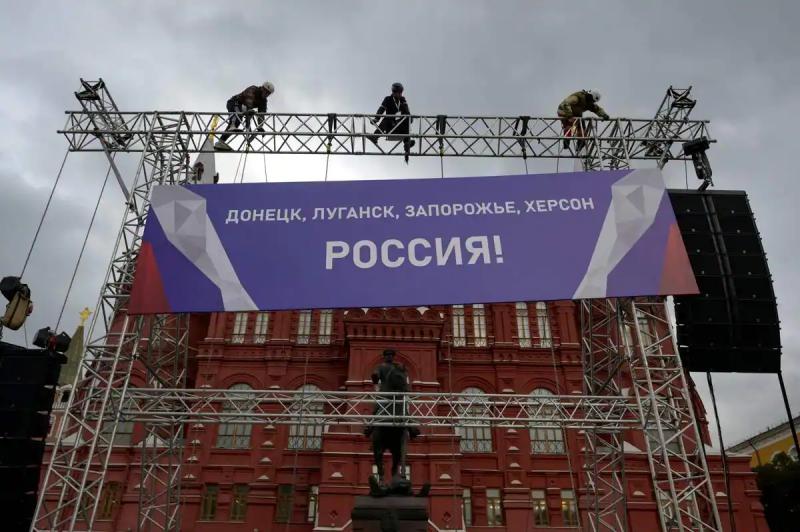 The Kremlin said Friday it still needs to “clarify” whether Russia is annexing all of Ukraine's Kherson and Zaporizhia regions or just the parts it occupies.

“Regarding (the borders) of the Kherson and Zaporizhia regions, I must clarify,” Kremlin spokesman Dmitry Peskov told reporters two hours before the ceremony at the end of which Vladimir Putin is to formalize the annexation of four regions of Ukraine.

The other two regions of Donetsk and Lugansk will be annexed in their entirety, Moscow having recognized the sovereignty of pro-Russian separatist regimes at the end of February, just before the assault Russian against Ukraine.

According to the American think tank ISW (Institute for the Study of War), Moscow controls 72% of the area of ​​the Zaporizhia region.

And some 88% of that of Kherson and its eponymous capital are under Russian occupation, according to the same source.

Vladimir Putin is due to formalize the annexation of the four regions at a ceremony in the Kremlin after 12:00 GMT.