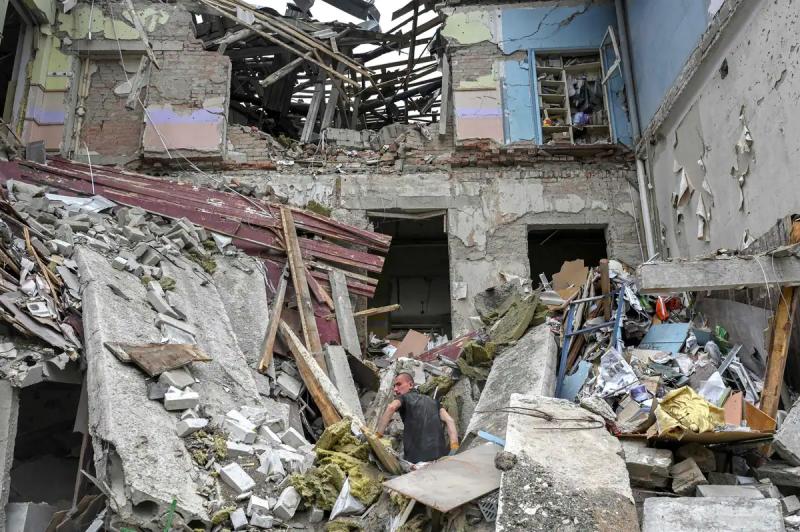 The mayor of the last major Donbass city still under Ukrainian control, Kramatorsk, expressed concern to AFP on Tuesday about a winter that will be “very difficult” for lack of being able to “repair the gas pipelines damaged” and thus heat the approximately 60,000 people still living there.

Located about forty kilometers from the combat zones, Kramatorsk, which had 150,000 inhabitants before the war, is the last administrative center still under Ukrainian control in the east. Target of Russian forces, this city is regularly bombarded.

“This winter will be very difficult. The whole Donetsk region is without gas and if the front line remains where it is today, it will not be possible to repair the damaged gas pipelines,” its mayor Oleksandre Goncharenko told AFP.

The lack of gas would also force the authorities to cut off the water supply, which will freeze in winter due to sub-zero temperatures in the region.

According to him, most of the 60,000 residents of Kramatorsk who decided to stay are elderly people: “They would rather die than leave”.

Ukrainian units must push back Russian troops at least 20 kilometers to make possible any repairs gas pipelines, which will be difficult without further arms deliveries from Kyiv's Western allies.

“We need air defense systems to stop all these missiles and more artillery to stop the Russians on the front line, otherwise they will progress,” says Gontchare nko.

“They only go a kilometer in a week or two, but they are coming. And with only Kalashnikovs, it is not possible to stop them”, he pleads.