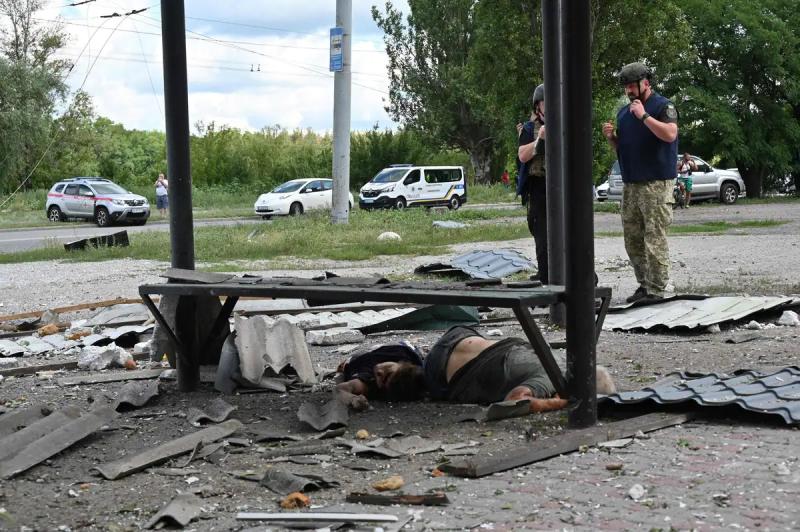 Two people were killed and 19 others injured Thursday morning in a Russian bombardment on Kharkiv, Ukraine's second largest city in the northeast, the regional governor announced. < /p>

Four of the wounded are in serious condition as a result of the multiple rocket launcher bombardment, Governor Oleg Synegoubov added on Telegram.

Located about forty kilometers from the Russian border, the city of Kharkiv has been shelled by the Russian army since the beginning of the invasion at the end of February, but the troops from Moscow have never managed to take it.

Wednesday already, bombings killed at least three people there, according to local authorities.

Among the victims, a 13-year-old boy killed near a bus stop including AFP journalists saw the body.

His father, in a state of shock, knelt for a long time, holding the hand of his son, whose lifeless body was covered with a blanket. ture amid shards of glass.

Russian Foreign Minister Sergey Lavrov said on Wednesday that Russia's military objectives were no longer limited to eastern Ukraine alone, but also concerned “other territories” and could be further extended.