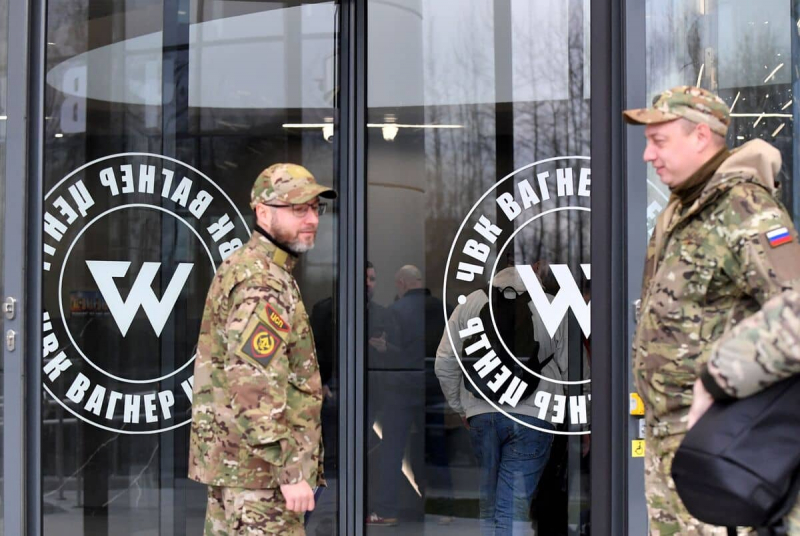 The leader of the Wagner Group mercenaries, who are fighting in Ukraine alongside the Russian army, commented on the alleged execution on Sunday, using a sledgehammer on the head, of one of its ex-members accused of desertion.

Telegram accounts close to Wagner posted a video showing a man, his skull taped to a block of stone, being hit in the head with a club. According to these sources, it is a soldier of the group who deliberately surrendered to the Ukrainian army, but was then taken over by the Russians.

“In this show, we see that (this man) did not find his happiness in Ukraine, but that he met unkind but fair people, ”commented Yevgeny Prigojine, the head of Wagner, quoted Sunday by his press service. < /p>

“It's a magnificent work of realization, it can be seen in one go. I hope no animals were harmed during the filming,” Mr. Prigojine added.

AFP was unable to confirm the authenticity of this video, nor its authors.

Since 2014, Wagner Group mercenaries have been accused of serving the interests of Vladimir Putin's regime in numerous conflict zones, from Syria to Ukraine , via Africa and South America.

In recent months, the group has been actively operating on the Ukrainian front, in support of the Russian army. He is accused of having toured prisons in Russia to recruit inmates to fight, in exchange for reduced sentences. paramilitary organization after years of denial. This week, he also bragged about having carried out electoral influence operations in the United States.