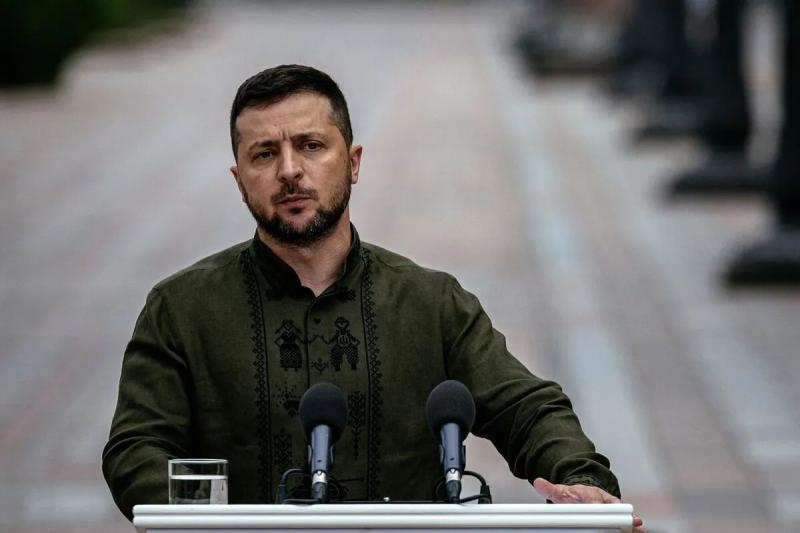 Ukraine will fight “to the end” without “any concessions or compromises” with Russia, President Volodymyr Zelensky launched Wednesday in an address to the Nation on the Day of the independence of his country, which also marks six months of Russian invasion.

“We have been holding on for six months. It's hard but we clenched our fists and we fight for our destiny” and “we will only raise our hands in the air once, to celebrate our victory”.

“For us, Ukraine is the whole of Ukraine. All 25 regions, without any concession or compromise”, he continued, promising in particular to take back the Donbass basin (east), in the hands of separatists supported by Moscow since 2014, and Crimea, annexed by Russia the same year.

“What for us is the end of the war? We used to say “peace”. Now we say “victory”. We are not going to try to get along with Russian terrorists,” Mr. Zelensky said again, wearing his traditional military-style khaki t-shirt.

He again urged Russia to withdraw its troops from Ukrainian territory: “You don't want your soldiers to die? Liberate our lands!” he said.

“The enemy believed that we were going to welcome him with flowers and champagne. He received funeral wreaths and Molotov cocktails. He was expecting ovations, but he hears explosions,” continued the Head of State.

Ukraine and its Western allies have warned of a possible intensification of Russian bombardments of Ukrainian cities, including Kyiv, on Independence Day.

Ukrainian authorities banned all public gatherings in the capital on Wednesday fearing Russian strikes and called on Ukrainians across the country to stay vigilant and to descend into the shelters in the event of anti-aircraft sirens.

In Kyiv, two sirens have already sounded in the morning.