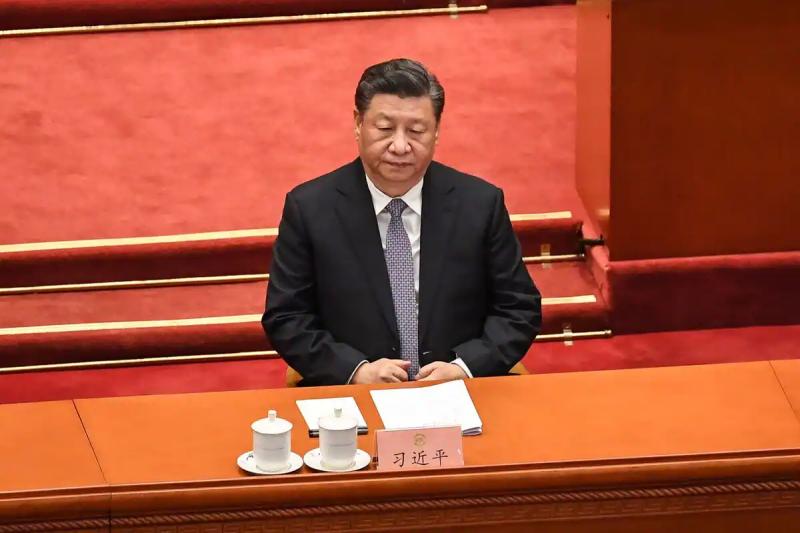 BEIJING | New veiled support for Russia: Chinese President Xi Jinping on Wednesday slammed the “widening of military alliances”, which he says was responsible for the crisis in Ukraine, in remarks made before a Brics meeting. < /p>

Beijing on Thursday hosts the virtual summit of the Brics (Brazil, Russia, India, China, South Africa), an influential group of emerging economies that represent more than 40% of the world's population and nearly a quarter of the planet's GDP.

Three of its members – China, India and South Africa – abstained in voting on a UN resolution condemning the invasion of Ukraine by Russia.

Beijing and New Delhi, in particular, have close diplomatic ties with Moscow and are buying increasing amounts of oil from it.

“Humanity has known the ravages of two world wars and the dark fog of confrontation between the Cold War,” Xi Jinping said in an online speech on the sidelines of the summit, according to the official New China News Agency.

“This painful history shows that confrontation between hegemonic blocs (…) will not bring peace and security, but only war and conflict,” he stressed.

“ The crisis in Ukraine is another wake-up call for the world: blind faith in a position of strength, the enlargement of military alliances and the pursuit of one's own security at the expense of the security of other countries inevitably leads to an impasse safe”.

Statements that seem, on the part of the Chinese president, an implicit reference to the NATO and the United States.

Xi Jinping made these remarks by videoconference, at the opening on Wednesday of the Brics economic forum, organized on the sidelines of the summit and in which Russian President Vladimir Putin also participated virtually.

China refuses to use the word “invasion” to describe the Russian intervention. It places most of the responsibility on the United States, accused of pushing NATO to expand ever further towards Russia.

A few days before a meeting of G7 leaders in Germany, Xi Jinping on Wednesday also blasted Western sanctions against Russia, described as “a boomerang and a double-edged sword”.

During a telephone exchange last week, he had already assured Vladimir Putin that Beijing would continue to support Moscow in matters of “sovereignty” and “security”.

The United States reacted by calling on China not to be “on the wrong side of history”.

South Africa has also refused to condemn Russian military action in Ukraine, in order to preserve its important economic ties with Russia.

The event is being held at a time when the Russian army continues its offensive against Ukraine, launched on February 24 by Vladimir Putin.

“I don't expect anything substantial from this summit, but it has symbolic value given the international context,” New Delhi-based analyst Manoj Joshia told AFP.

“With the war in Ukraine, the world is divided between East and West and the BRICS offer an opportunity for Putin, supposed to be the bad guy, to stand with the leaders of the non-aligned third world, he underlines.

“This sends a message to the United States and the European Union: they failed to isolate him and Russia.”

Since the end of February, both China and India have significantly increased their imports of Russian oil, allowing Russia to offset the decline in Western demand.

According to a recent report by the International energy (IEA), exports to China increased sharply between February and May (1.6 million barrels/day against 2.0).

Ex-rivals during the Cold War, Beijing and Moscow have strengthened their economic, diplomatic and military cooperation in recent years. They regularly form a united front against Washington, accused of “hegemony”.