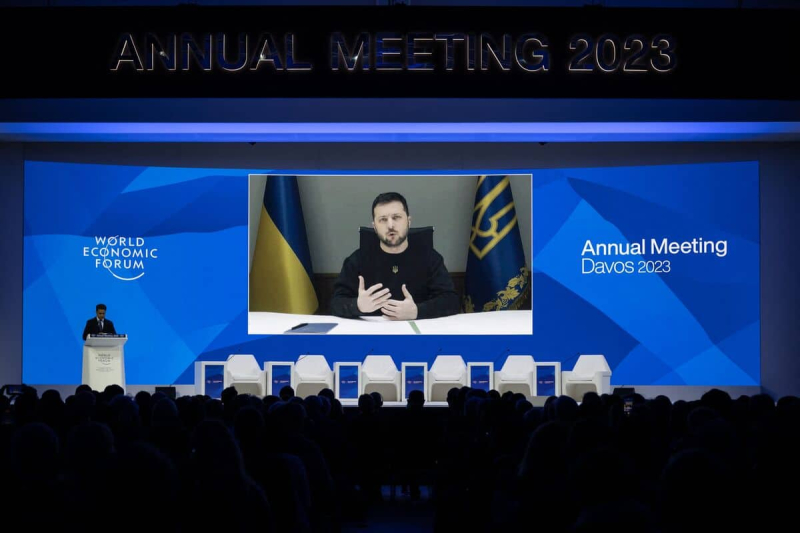 “There are times when one should not hesitate or compare oneself. When someone says 'I will deliver tanks if someone else does,'” said Mr. Zelensky, who spoke by videoconference during a breakfast on the sidelines of the Davos Forum.

The Ukrainian president was referring to press reports that Berlin will deliver heavy tanks only if the United States delivers Abrams tanks.

However, Washington is not ready to provide Ukraine with these combat tanks, a senior Pentagon official said on Wednesday, justifying this refusal by questions of maintenance and training, without however excluding a change in the American position on the matter. future.

“I don't think this is the right strategy to adopt”, regretted the Ukrainian president, targeting Berlin, which is under increasing pressure from several neighbors Europeans to authorize deliveries of Leopard, very powerful combat tanks.

Any shipment of German-made war material must indeed receive the green light from Berlin. Finnish, Lithuanian, Polish and British leaders again called for a quick decision on Tuesday.

“Our goal is to liberate all of our territories,” Volodymyr Zelensky also said Thursday during his speech in Ukraine's home line in Davos, including Crimea annexed by Russia in 2014.

“Crimea is our land, our territory, our sea and our mountains. Give us your weapons and we will get our land back,” he said to his Western partners.

This intervention by Mr. Zelensky, the second in Davos, comes the day after a helicopter crash near Kyiv that claimed the lives of the Ukrainian Interior Minister and 13 other people.

Asked about the hypothesis of an accident, Mr. Zelensky replied that “several theories are being studied and I am not authorized to speak about the various hypotheses until the outcome of the investigations”.