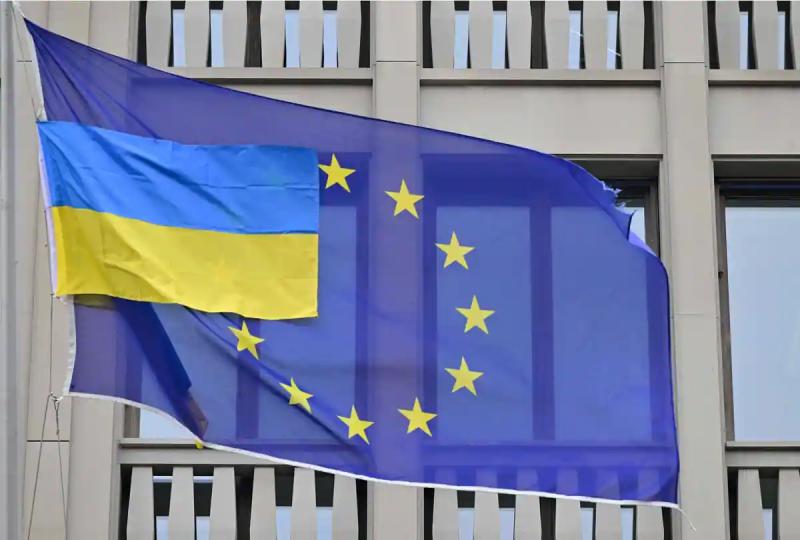 Moscow described on Friday as an “internal European affair” the decision of the Twenty-Seven to grant Ukraine and Moldova the status of candidate to the EU, while accusing Westerners for wanting to make war on Russia.

The European decision comes four months after the start of the Russian offensive against its Ukrainian neighbor and which was intended in particular to put an end to Ukraine's continued rapprochement with the West.

“It's an internal European affair,” Kremlin spokesman Dmitry Peskov told the press, noting, however, that it is “important” for Moscow that “all these processes not bring no more problems for Russia.”

For his part, the Russian Minister of Foreign Affairs, Sergei Lavrov, considered that the accession of Ukraine and Moldova presented “no risk” for Russia, because the EU is not a military alliance, and recalled that President Vladimir Putin did not oppose it.

But he also used martial language, accusing the EU and NATO of wanting to wage war on Russia, as the Nazis did in their time.

“Hitler under his banner had brought together a large part of Europe to wage war against the Soviet Union,” he said, during a trip to Azerbaijan.

“Today today, the EU and NATO are gathering such a contemporary coalition to fight and, to a large extent, wage war against Russia,” he added.

Moscow considers that the deliveries Western weapons to Ukraine are a way for Europeans and Americans to wage a conflict by proxy against Russia.

The leaders of the Twenty-Seven recognized Thursday, during a summit, in Ukraine and Moldova, two pro-Western ex-Soviet republics, EU candidate status. This decision marks the beginning of a long and complex process towards membership.

Georgia, which also wants to join the EU, will still have to make reforms to obtain this status.&nbsp ;

A huge demonstration in support of the Caucasian country's European aspirations is scheduled for Friday evening in the Georgian capital, Tbilisi.