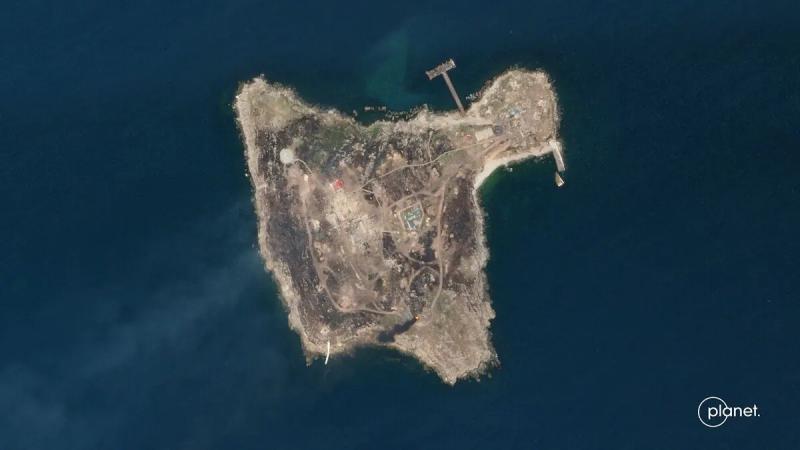 The Ukrainian military on Friday night accused the Russians of firing phosphorus bombs at Serpents' Island in the Black Sea, from which Moscow forces withdrew Thursday after being driven out by the Ukrainians.

“Around 6 p.m., the Russian armed forces twice carried out an air attack with phosphorus bombs on Serpents' Island”, wrote on Telegram Ukrainian Commander-in-Chief Valeriy Zaluzhniy accusing Moscow “of not respecting its own statements”.

The day before, the Russian army had indicated that it had withdrawn from this symbolic territory “as a sign of goodwill”, after having “accomplished” the “set objectives”.

“The only thing in which the “enemy is consistent is his constant “precision” to strike”, lambasted Mr. Zalouzhniï.

He accompanied his message with a video on which we see a plane flying over Serpents' Island and dropping at least two bombs which hit their target, leaving light white streaks appearing in the sky, a distinctive sign of the phosphorus bombs.

Phosphorus weapons are incendiary weapons whose use is prohibited against civilians, but not against military targets, under a Convention signed in 1980 in Geneva.

Kyiv has accused Moscow of its use on several occasions since the end of February, including on the civilian population, which the Russian army categorically rejects.

On Thursday, the Ukrainian army had praised for having forced the Russians, “unable to resist” the artillery, to abandon Serpents' Island, located in the northwest of the Black Sea.

This small island has become emblematic from the first day of the Russian invasion when a member of the small Ukrainian garrison defending it intimated to the ship Russian demanding its surrender to “go fuck itself”.

The Russian military had finally taken control of it, then repelling several Ukrainian assaults, until that of Thursday.