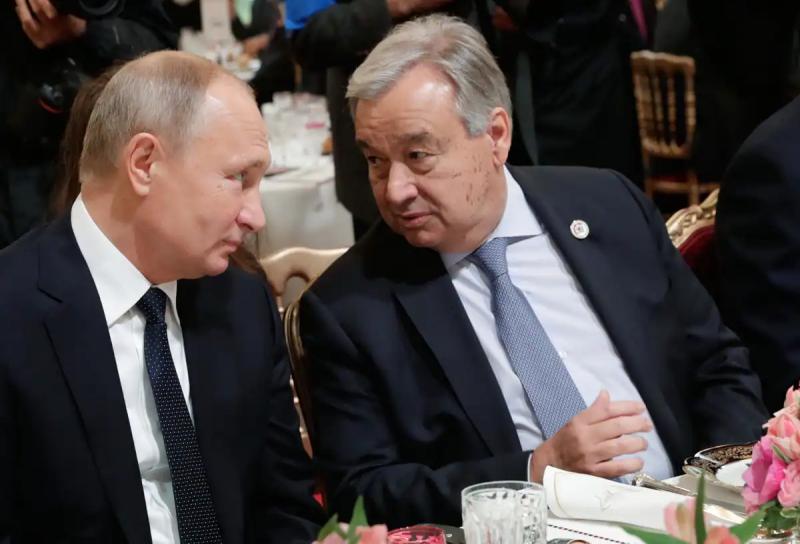 Russian President Vladimir Putin said Ukrainian grain should go “in priority” to the countries that need it most, during a telephone interview Wednesday with the UN Secretary General Antonio Guterres.

These statements come at a time when Moscow is increasingly contesting two agreements concluded in July in Istanbul allowing the export of wheat and corn from Ukraine despite the Russian offensive, but also, in theory, exports from Moscow which have been affected by Western sanctions.

The Kremlin claims in particular that most Ukrainian food products go to European countries, which Kyiv denies, and complains of obstacles to the export of Russian cereals and fertilizers.

During the interview with Mr. Guterres, “the main focus was on the implementation of the Istanbul agreements on the export of Ukrainian cereals from the Black Sea ports, and on the export of products Russian food and fertilizers,” the Kremlin said.

“Both sides stressed the importance of prioritizing those in Africa, the Middle East and Latin America who have need food,” he added in a statement.

For his part, Mr. Guterres “provided detailed information on the efforts made (…) to remove all obstacles” to Russian exports, saying he was “fully committed to solving this problem”, according to the Kremlin.

In this context, the Kremlin indicated last week that Mr. Putin intended to discuss the Istanbul agreements with his Turkish counterpart Recep Tayyip Erdogan. The two leaders are due to meet in Uzbekistan on Friday.

During his telephone conversation with Mr. Guterres on Wednesday, the Russian president also praised the “constructive cooperation” with the International Atomic Energy Agency in about the Zaporizhia nuclear power plant in Ukraine, according to the Kremlin.

This plant, occupied by Russian forces in southern Ukraine, has been bombed several times in recent weeks, causing fear of a major nuclear disaster.

An IAEA team carried out an inspection visit at the beginning of September and recommended the creation of a “safety zone” around this sensitive site.

The Kremlin also claimed that Mr. Guterres had reported “preparations” for a visit by UN experts to the Olenivka prison in eastern Ukraine, where dozens of Ukrainian prisoners of war died in a bombardment at the end of July. Moscow and Kyiv accuse each other of these strikes.